‘Specialized US force to be positioned for unilateral ops into Syria, raids in Iraq’ 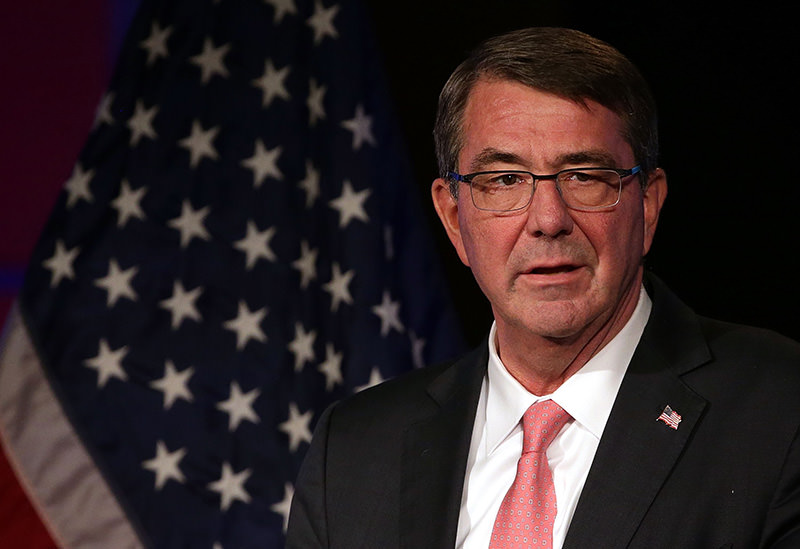 "The raids in Iraq will be done at the invitation of the Iraqi government and focused on defending its borders and building the ISF's own capacity," he said referring to the Iraqi Security Forces. "This force will also be in a position to conduct unilateral operations into Syria."

Carter did not provide a timetable for the deployment.

U.S. special operation forces in October conducted a raid on a Daesh prison in Iraq to free 70 hostages, including Iraqi forces. A U.S. soldier was killed during the operation.

The White House also ordered the deployment of about 50 special operation forces to Syria to assist and advise local forces there, including the Kurdish People's Union Party (PYD), the Syrian offshoot of the PKK terrorist organization.

"We're at war," Carter said. "Tens of thousands of U.S. personnel are operating in the broader Middle East region, and more are on the way."

He noted that about 3,500 U.S. troops are operating at six locations in Iraq in support of the ISF.

He added that the U.S. is prepared to do more as "Iraq shows capability and motivation in the counter-Daes fight and in resolving its political divisions."