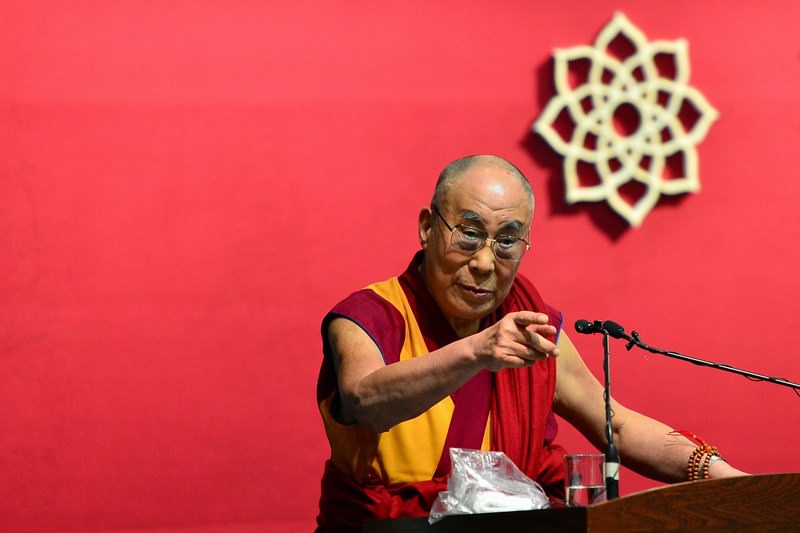 by Daily Sabah with AFP Dec 08, 2015 12:00 am
Daesh terrorist organization harms Islam through its intolerance, but "dialogue" with the militants is vital, the Dalai Lama said in an interview reported on Monday by the Italian daily La Stampa.

"Islam is a religion of peace. Those who are intolerant harm their own faith and their own brothers," the Tibetan spiritual leader was quoted as saying in Bangalore, southern India, where he took part in a seminar on peace and the economy.

Even so, "There has to be dialogue, with ISIS as well," the Dalai Lama said, using an alternative acronym for Daesh.

Asked how this should be achieved, he replied, "Through dialogue. One has to listen, to understand, to have respect for the other person, regardless. There is no other way."

The US-led coalition formed in October 2014 has been conducting airstrikes against Daesh, an offshoot of Al-Qaeda terrorist organization which carries out brutal executions, abductions and rapes in areas under its control in Iraq and Syria, and conducted a wave of terror operations abroad in Paris, Ankara and North Africa.
Last Update: Dec 08, 2015 2:04 am
RELATED TOPICS