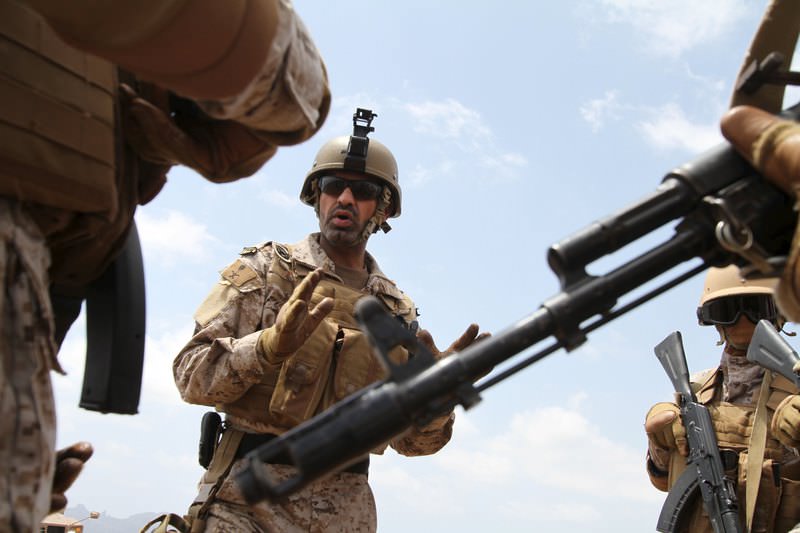 by Daily Sabah with Wires Dec 15, 2015 12:00 am
Saudi Arabia on Tuesday announced the formation of a 34-state Islamic military coalition to combat terrorism, according to a joint statement published on state news agency SPA.

"The countries here mentioned have decided on the formation of a military alliance led by Saudi Arabia to fight terrorism, with a joint operations center based in Riyadh to coordinate and support military operations," the statement said.

The announcement cited "a duty to protect the Islamic nation from the evils of all terrorist groups and organizations whatever their sect and name which wreak death and corruption on earth and aim to terrorize the innocent."

Iran, a Shiite Islamic republic that usually draws criticism for fueling sectarianism in the region, was absent from the states named as participants.

The United States has been increasingly outspoken about its view that Gulf Arab states should do more to aid the military campaign against the Daesh terrorist organization which controls large swathes of territory in Iraq and Syria.
Last Update: Dec 15, 2015 1:29 am
RELATED TOPICS