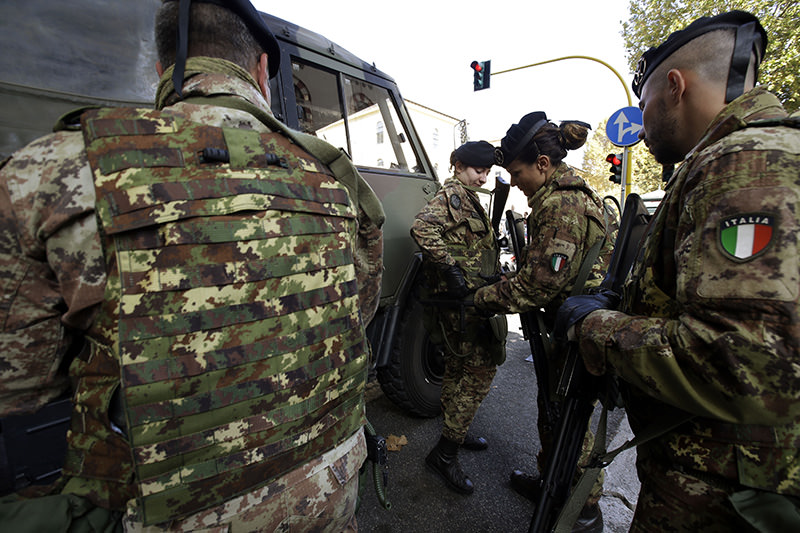 While Baghdad government went on the rampage for Turkish troops stationed near Mosul for over a year to train Kurdish forces against Daesh, which holds one-thirds of the country under occupation, Italy decided to deploy a battalion near the city to protect employees working to repair a dam

Italy will send 450 troops near the front line with Daesh militants in Iraq to protect workers conducting repairs to the Mosul hydro-electric dam, the country's biggest, Prime Minister Matteo Renzi said on Wednesday.

Renzi, who has refused overtures from the French and Americans to join in air strikes on Daesh in Syria, said the project was a concrete way to protect civilians and oppose Daesh militants.

"Everybody was saying 'let's bomb here', 'let's bomb there, bomb, bomb'. I said 'let's do something useful'," Renzi said in an interview with Italian radio.

An Italian company, Trevi SpA, has won a contract to make badly needed upgrades to the 3.6-km (2.2-mile) long Mosul dam, which has suffered from structural flaws since it was built in the 1980s.

Daesh militants seized the dam in August 2014, sparking fears that they might blow it up and unleash a wall of water on Mosul and Baghdad that could kill thousands of civilians. Kurdish Peshmerga fighters recaptured the dam two weeks later with the help of U.S. and Iraqi government forces.

"The dam must be repaired because it could cause a civilian disaster," Renzi said. "We will repair the dam and the workers will be defended by our troops, who are already present in Iraq."

While Italy already has about 650 soldiers in Iraq, most are involved in training Iraqi soldiers and police in the Kurdish regional capital Erbil and Baghdad, the Iraqi capital.

Deployed just up the road from Daesh-held Mosul, Italian forces will be in a potential combat zone.

"It's a new and important mission in a very hot area because the city is considered the capital of the (Daesh-declared) caliphate in Iraq, which is a crossroads for links to Syria," Defence Minister Roberta Pinotti said.

Pinotti, speaking on Italian state television late on Wednesday, said up to 500 troops would guard the dam. In a newspaper interview, Foreign Minister Paolo Gentiloni said Italians would be deployed alongside Kurdish Peshmerga.

The dam is both a vital source of water and energy for Mosul, a city that had more than 2 million residents before it was captured by Daesh insurgents in June last year.

Contacted by Reuters, Trevi said it had no information to provide about the contract at this time.