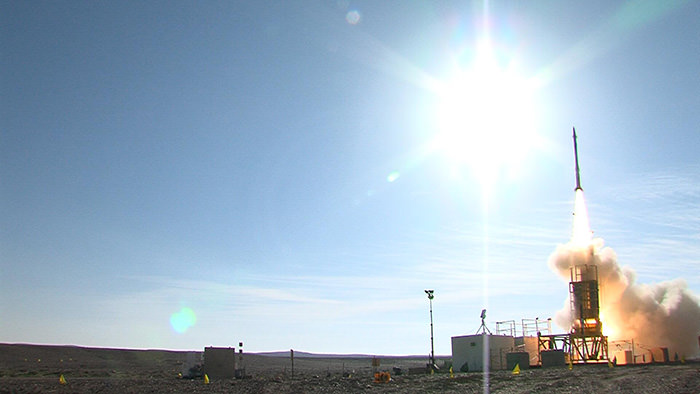 by Associated Press Dec 21, 2015 12:00 am
Israel says it has completed the final test of a joint U.S.-Israeli missile defense system before it becomes operational.

The Defense Ministry said Monday that the David's Sling system will be delivered to the military next year.

The test comes amid heightened tensions between Israel and the Lebanese militant group Hezbollah following the killing of Samir Kantar, a Hezbollah fighter. The militant group blamed Israel for the killing. Three rockets fired from Lebanon struck Israel Sunday, although it was unclear who fired them.