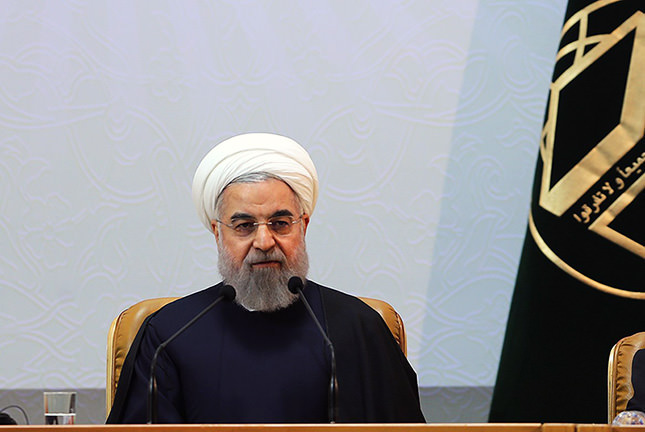 |AFP Photo
by French Press Agency - AFP Jan 03, 2016 12:00 am
Iran's president on Sunday condemned the Saudi execution of a Shiite cleric but also denounced attacks on Saudi Arabia's embassy and consulate as "totally unjustifiable" after protesters stormed the compounds.

"The actions last night by a group of radicals in Tehran and Mashhad leading to damage at the Saudi embassy and consulate are totally unjustifiable, as the buildings should be legally and religiously protected in the Republic of Iran," Hassan Rouhani said, quoted by the official IRNA news agency.

At least 44 people were arrested late Saturday for storming the diplomatic missions in Tehran and Mashhad after Saudi Arabia announced it had executed prominent Shiite cleric Nimr al-Nimr and 46 other men on "terrorism" charges.

In Tehran protesters threw petrol bombs and stormed the embassy. The kingdom's consulate in Mashhad, Iran's second biggest city in the country's northeast, was also set on fire.

"I call on the interior minister to identify the perpetrators of this attack with firm determination and introduce them to the judiciary... so that there will be an end to such appalling actions once and for all," Rouhani said.