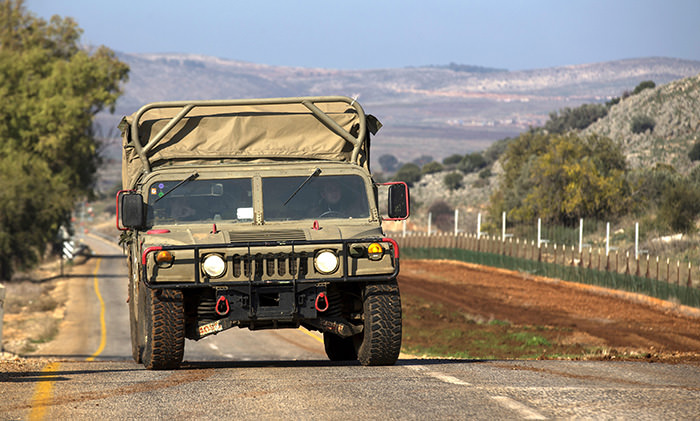 An Israeli military vehicle patrols along the Israeli-Lebanese border, near the village of Ghajar, 21 December 2015 (EPA Photo)
by Daily Sabah with Agencies Jan 04, 2016 12:00 am
Lebanese media said Israeli shells from Israeli tanks and artillery hit the town of Al Wazzani near the border in southern Lebanon on Monday, causing injuries and damage, with some 40 shells hitting the disputed areas of Ghajar village and Shebaa Farms.

A Lebanese pro-Hezbollah television station reported that Israeli troops were struck by a bomb along the border with south Lebanon.

Al-Manar TV said that the explosion went off Monday in the Wazzani area, but gave no further information on whether it caused casualties. The Shiite militant group is known to operate in the area.