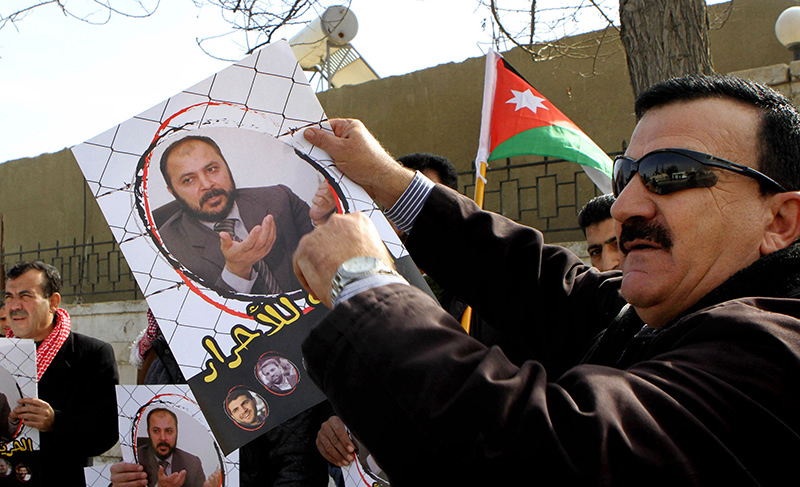 | Reuters Photo
by Associated Press Jan 04, 2016 12:00 am
A Muslim Brotherhood spokesman says Jordan has released the No. 2 figure in the opposition group after he served two-thirds of an 18-month prison term for criticizing the United Arab Emirates, an ally of the kingdom.

Zaki Bani Ersheid's release comes at a time of growing divisions in the Jordanian branch of the pan-Arab Brotherhood, weakening its long-time role as the main political opposition.

The movement has suffered major setbacks region-wide, including government crackdowns, since first emerging as the main beneficiary of the 2011 Arab Spring uprisings.

Spokesman Murad Adayleh says Bani Ersheid was released early Monday, 13 months after his November 2014 arrest. Bani Ersheid had been sentenced to 18 months after he criticized the UAE for labeling the Brotherhood a terrorist group.