Yemen government imposes curfew in Aden after 17 killed in fighting 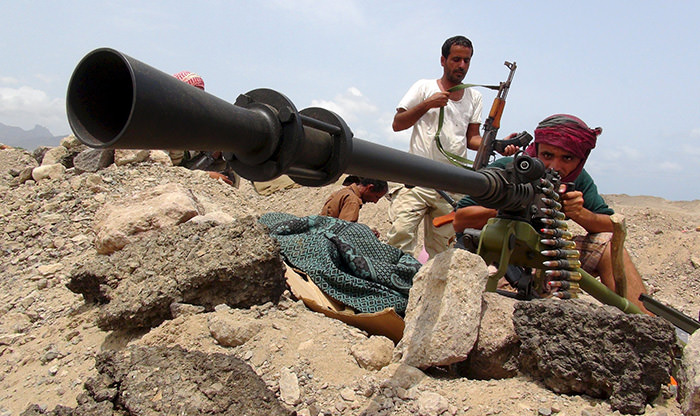 A fighter from the Southern Popular Resistance mans a machine gun at the front line of fighting against Houthi fighters, on the outskirts of Yemen's southern port city of Aden June 6, 2015 (Reuters Photo)
by French Press Agency - AFP Jan 04, 2016 12:00 am
Authorities in Yemen's southern city of Aden imposed a curfew on Monday after violence blamed on suspected militants killed at least 17 people, pro-government media and security sources said.

The decision comes after fierce battles on Sunday in the port of Aden that killed 17 people, among them nine members of the security forces including a colonel, the security sources said.
Last Update: Jan 04, 2016 6:41 pm
RELATED TOPICS