by Daily Sabah with Reuters Jan 07, 2016 12:00 am
The spokesman of the Daesh terrorist organization, Abu Muhammad al-Adnani has reportedly been wounded in an airstrike in Iraq's western province of Anbar, a military statement said on Thursday.

The report could not be immediately confirmed.

"There are confirmed reports that the so-called spokesman of the Daesh terrorists, Abu Muhammad al-Adnani was wounded in an airstrike ... in the region of Barwana," the statement said.

It said Adnani had lost "a large amount of blood" in the attack a few days ago, before being moved to the northern city of Mosul, the group's main stronghold in Iraq. 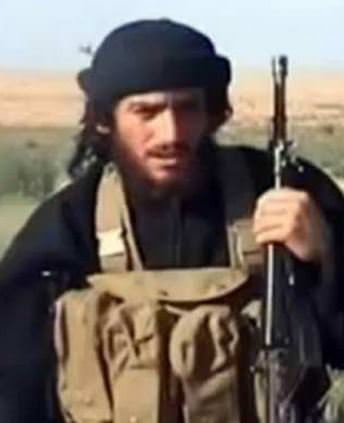 More than 100 Daesh fighters were killed in and around Barwana this week by airstrikes aimed at helping the Iraqi army repel militant offensives near the city of Haditha, according to the U.S.-led coalition.

Adnani is a Syrian from Idlib who pledged allegiance to Daesh's predecessor al-Qaeda more than a decade ago and was once imprisoned by U.S. forces in Iraq, according to the Brookings Institution.

U.S. Army Colonel Steve Warren, spokesman for the coalition, could not confirm the Iraqi military report but said Adnani had not been targeted by a coalition airstrike.
Last Update: Jan 07, 2016 11:05 pm
RELATED TOPICS