US threatens to list Fatah as 'terror group', official claims 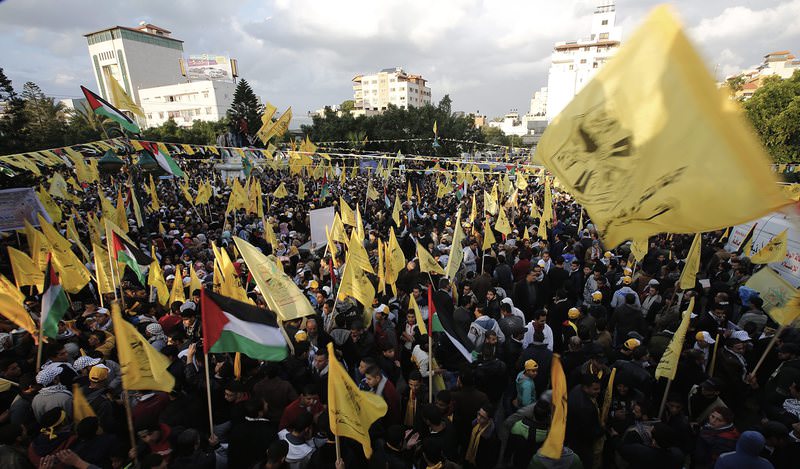 by Anadolu Agency Jan 10, 2016 12:00 am
Abbas Zaki, a member of Fatah's central committee, has alleged that the U.S. was threatening to add the movement to Washington's list of "terrorist" groups if it attempted to have Israeli leaders indicted by the International Criminal Court (ICC).

Zaki made the assertions in a speech he delivered in Jordan on Saturday to mark the 51st anniversary of the "Palestinian National Revolution".

"Fatah sees 2016 as the year of [Palestinian] national unity, during which it will reconsider its relationship with Israel," he said.

The movement, he added, "has diverse means of putting pressure on Israel, including the submission last year of complaints to the ICC against Israeli leaders for committing war crimes and crimes against humanity in the Palestinian territories".

Since then, the Fatah-led Palestinian Authority has submitted several complaints to the ICC accusing Israel of having committed war crimes and of pursuing a policy of illegal settlement construction.

Speaking at the same event in Amman, Atef Tarawneh, Jordanian speaker of parliament, warned that "the inevitable result of ongoing [Israeli] crimes and violations in Palestinian towns and villages will be a religious war? that will have disastrous consequences for everyone".

Tarawneh went on to stress Jordan's commitment to "safeguarding Jerusalem's holy places and combatting Israeli violations based on the Hashemite custodianship of the city's Muslim and Christian holy sites and [Jordan's] continued pledge to maintain the Arab identity [of Jerusalem]".

According to the Palestinian Health Ministry, the total number of Palestinians shot dead by Israeli forces since Oct. 1 now stands at 151, including 27 minors.

Over the same period, the ministry added, 4,714 Palestinians had been injured by Israeli gunfire.

Some observers attribute the recent uptick in Israeli-Palestinian violence to a July arson attack in the Israeli-occupied West Bank by suspected Jewish settlers that killed an 18-month-old Palestinian child and both of his parents and which led to an international outcry.
Last Update: Jan 10, 2016 11:25 pm
RELATED TOPICS