Pakistan: We'll respond to any threat to Saudi Arabia 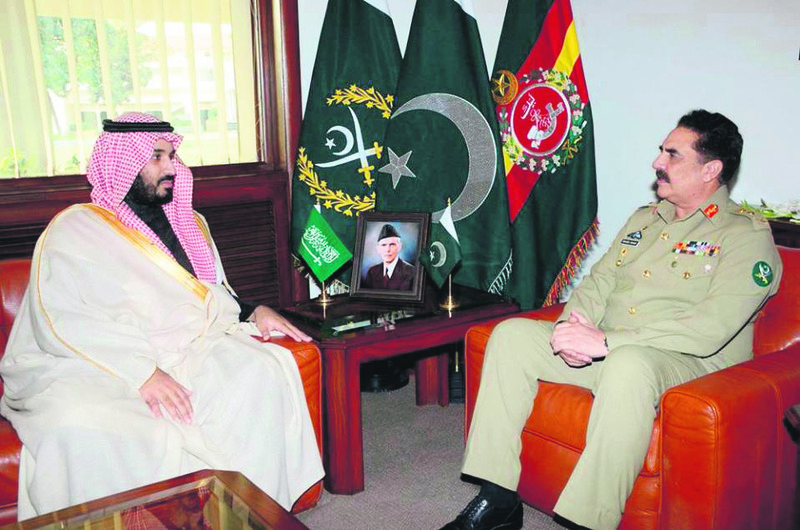 As the rift between Tehran and Riyadh has deepened after the execution of a Shiite cleric, Pakistan, which fears Iranian intervention for containing a considerable Shiite community, declared its unconditional support for Saudi Arabia

The people of Pakistan would always stand with the people of Saudi Arabia, said Sharif in a statement after the meeting. Pakistan has previously agreed to become part of a Saudi-led counter-terrorism alliance. Sharif welcomed the initiative and informed the prince about Pakistan's support for efforts to oppose terrorism and extremism. It was agreed that the two countries would cooperate in developing an effective counter narrative to defeat the extremist mindset, said the statement. It said Pakistan also expressed its readiness to offer its offices to brotherly Muslim countries for resolution of their differences through peaceful dialogue and reconciliation. Pakistan hold its defense ties with Saudi Arabia in highest esteem, said Sharif, the army chief. He said Pakistan attached great importance to the security of Saudi Arabia and other Gulf Cooperation Council (GCC) countries.

The visits came after Saudi Arabia and several of its allies announced the severing or downgrading of diplomatic relations with Shiite powerhouse Iran. Protesters in Tehran stormed the Saudi embassy and a Saudi consulate elsewhere in the country after Saudi Arabia executed al-Nimr, a prominent Shiite cleric and opposition leader earlier this month. Pakistan, a predominantly Sunni state, also has a large Shiite population. Pakistan has had a history of sectarian violence where Sunni and Shiite militants have reportedly been funded and supported by Gulf States for their proxy wars.

Pakistan's statements reassured that Islamabad sides with Saudi Arabia against Iran. Iran's harsh response to the execution, not only through officials statements but also with acts that include the torching of the Saudi embassy in Tehran, along with the accusation that Saudi Arabia is suppressing the Shiite minority, revealed again that Iran has been following a sect-based expansionist policy towards the region with Tehran intervening directly in the conflicts in Iraq, Syria, Yemen and Bahrain with the claim of that it is the guardian of Shiites across the Islamic world. However, its alliance with Russia and China, from which the Islamic world is suffering from Syria to Xinjiang, casts doubt on Iran's intentions. Iran, which has considered itself the leader of all Shiite Muslims across the world as a state policy since the revolution in 1979, has been isolated by other Muslim regional powers. Pakistan also suffers from sectarian division and fears that Iran may attempt to mobilize the Shiite community against the government.
RELATED TOPICS