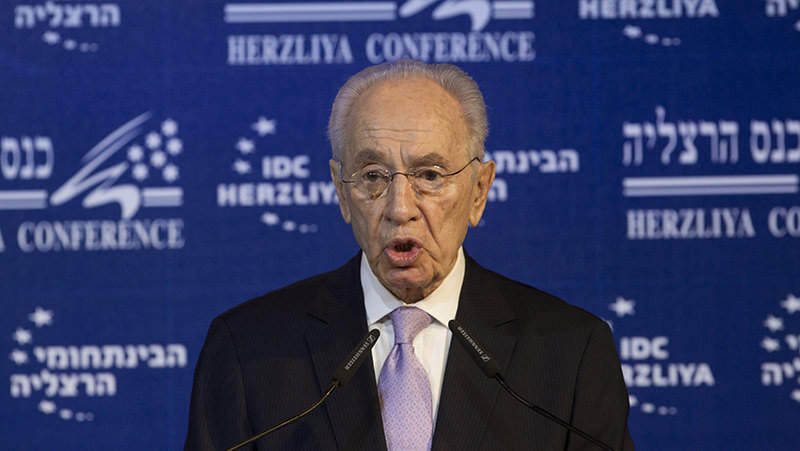 Peres was rushed to a hospital near Tel Aviv from his home on Thursday morning after he fell ill with chest pains and a check-up found an irregular heart rate, his spokeswoman Ayelet Frisch told Israeli Army Radio.

His personal physician Raphi Walden said Peres had a "mild heart attack" but that "his condition is excellent" following a successful cardiac catheterization.

"I would like to calm the people of Israel," Walden told reporters outside the Tel Hashomer hospital. "He feels very well and he is awake. He was awake the whole time and he is only worried about the continuation of his schedule."

Walden said that Peres was expected to stay in hospital for "a few days."

"We expect that within a short time he will return to normal," he added.

Peres completed his seven year term as president in 2014 and remains in the public eye.

Peres has filled nearly every position in Israeli public life since he became the director general of the Defense Ministry at the age of 25 and spearheaded the development of Israel's nuclear program.

He has since held every major Cabinet post including defense, finance and foreign affairs and served three brief stints as prime minister in 1977, 1984 and 1995.
Last Update: Jan 14, 2016 3:26 pm
RELATED TOPICS