No invites to Syria peace talks until agreement reached on opposition: U.N. 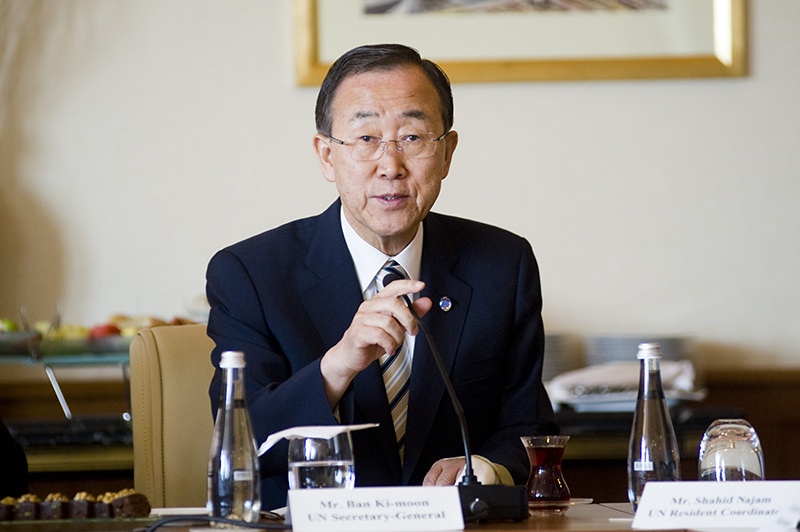 Photo shows United Nations leader Ban Ki Moon. (FILE PHOTO)
by reuters Jan 18, 2016 12:00 am
The United Nations said on Monday it would not issue invitations to peace talks between Syria's government and opposition set to begin on Jan. 25 until major powers pushing the peace process reach agreement on which rebel representatives should attend.

"At this stage the U.N. will proceed with issuing invitations when the countries spearheading the ISSG (International Syria Support Group) process come to an understanding on who among the opposition should be invited," U.N. spokesman Farhan Haq said.

The countries driving the diplomatic initiative on Syria include the United States, Russia and other European and Middle Eastern powers, including rivals Saudi Arabia and Iran.

U.N. diplomats say it looks increasingly likely that the U.N.-brokered talks between Syria's government and opposition will be delayed.

This also appeared to be the underlying message coming from U.N. Syria envoy Staffan de Mistura's closed-door briefing via video link for the Security Council, diplomatic sources told Reuters on condition of anonymity.

When asked if a possible delay in the talks was discussed, Uruguay's U.N. Ambassador Elbio Rosselli, president of the council for January, said after the briefing: "I would only say that no different date was considered today."

The talks planned for Jan. 25 in Geneva are part of a peace process endorsed by the U.N. Security Council last month in a rare display of international agreement on Syria, where a five-year-old-civil war has killed at least 250,000 people.

That process calls for Syrian peace talks aimed at setting up a transitional government and eventual elections.

But even with the backing of Washington and Moscow, which support opposite sides in the conflict, the peace process faces formidable obstacles.

Russia and Iran, which support Syrian Bashar al-Assad, have rejected attempts by Saudi Arabia, which like the United States and European powers opposes Assad, to organize the Syrian opposition and delegation for the talks.

Russia and Iran say some of the opposition members backed by the Saudis are linked to al Qaeda. Assad's government routinely describes all armed opposition groups as "terrorists," often equating them with Daesh, the militant group that has seized large parts of Syria and Iraq.