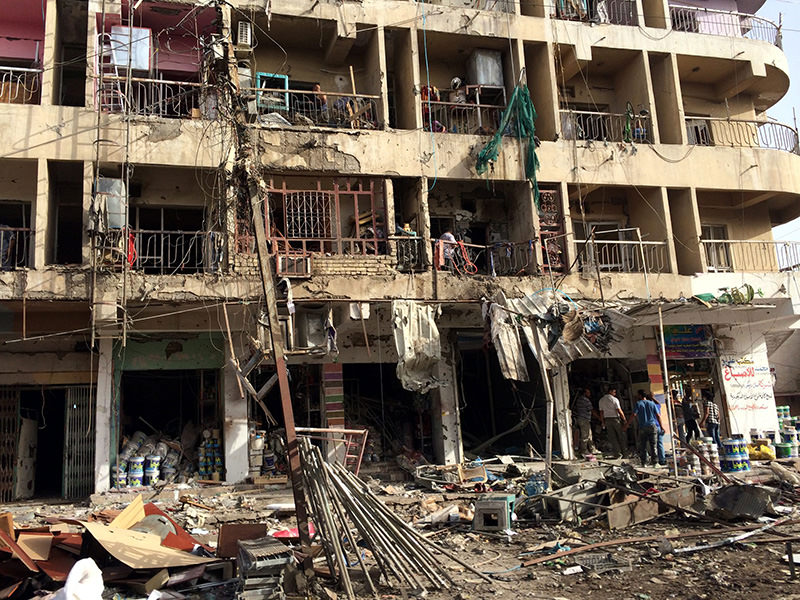 Iraqis inspect the site of a car bomb attack that targeted the area a day earlier in Baghdad, Iraq, 08 June 2014 (EPA Photo)
by Associated Press Jan 19, 2016 12:00 am
At least 18,802 civilians were killed and another 36,245 were wounded in Iraq between the start of 2014 and Oct. 31 of last year as Iraqi forces battled the Daesh group, according to a U.N. report released Tuesday.

The report documented a wide range of human rights abuses, including the Daesh group's conscription of some 3,500 people into slavery, mainly women and children from the Yazidi religious minority captured in the summer of 2014 and forced into sexual slavery.

It said another 800 to 900 children were abducted from Iraq's second largest city, Mosul, for military training. It said a number of Daesh child soldiers were killed by the extremists when they tried to flee fighting in the western Anbar province.

The reports called the civilian death toll in Iraq "staggering." It also detailed the various methods the Daesh group has employed to kill its enemies, including public beheadings, running people over with bulldozers, burning them alive and throwing them off buildings.

Such acts are "systematic and widespread... abuses of international human rights law and humanitarian law," the report said. "These acts may, in some instances, amount to war crimes, crimes against humanity, and possibly genocide."

Iraqi forces have advanced against the Daesh group on a number of fronts in recent months and driven them out of the western city of Ramadi.

But U.N. envoy Jan Kubis said in a statement that "despite their steady losses to pro-government forces, the scourge of ISIL [Daesh] continues to kill, maim and displace Iraqi civilians in the thousands and to cause untold suffering."

"Even the obscene casualty figures fail to accurately reflect exactly how terribly civilians are suffering in Iraq," he said in a statement.

Daesh swept across northern and western Iraq in the summer of 2014 and still controls much of Iraq and neighboring Syria.
Last Update: Jan 19, 2016 2:56 pm
RELATED TOPICS