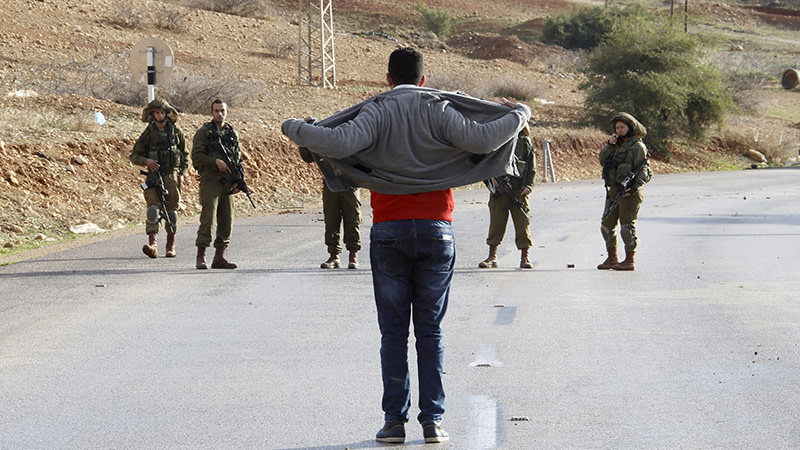 by Anadolu Agency Jan 19, 2016 12:00 am
More than 60 percent of the Palestinians slain by Israeli forces over the last three months were killed at army checkpoints in the Israeli-occupied West Bank, a Palestinian NGO said in a report released Tuesday.

"Sixty-eight percent of the Palestinians killed during the current intifada [uprising] were killed by Israeli soldiers at checkpoints throughout the occupied West Bank," the Al-Quds Center for Israeli and Palestinian Studies reported.

According to the report, most of those slain were killed in Hebron (al-Khalil) province, where 50 Palestinians have lost their lives since the latest round of violence began in October of last year.

The report went on to note that women and children accounted for almost one quarter -- 24 percent -- of the Palestinian death toll.

"The Israeli army has killed 30 children and seven women in the occupied West Bank and Jerusalem during the current intifada," the NGO said.

According to the Palestinian Health Ministry, the total number of Palestinians killed by Israeli forces since Oct. 1 stands at 162, including 30 minors and seven women.

At least 116 of these were killed "in cold blood", the ministry says, while the bodies of 10 slain Palestinians are still being held by Israel.

Over the same period, 25 Israelis have been killed in the ongoing violence.
Last Update: Jan 19, 2016 5:36 pm
RELATED TOPICS