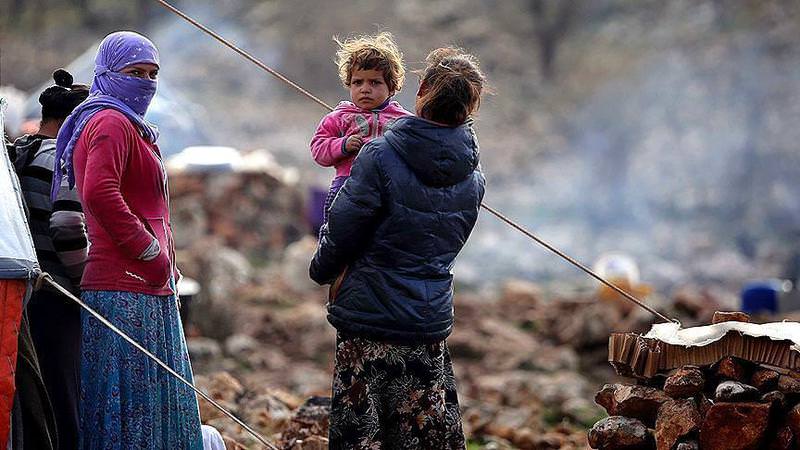 |AA Photo
by Anadolu Agency Jan 20, 2016 12:00 am
The Kurdish Democratic Union Party (PYD) has ratcheted up pressure on ethnic Assyrians and Yazidis living in parts of Syria under its control while claiming that it is fighting the Daesh militant group, Afram Yakoub, the president of the Assyrian Federation of Sweden, told Anadolu Agency on Wednesday.

The Kurdish PYD is the Syrian affiliate of the terror group PKK, which is listed as a terrorist organization also by the EU and the U.S.

Yakoub recalled a Jan. 12 attack by the PYD on Assyrians living in the Al-Qamishli district of Syria's Al-Hasakah province in which one person was killed and another injured.

"The PYD wants to stop the Assyrians from defending themselves by putting pressure on them," he said.

Citing a recent report by rights watchdog Amnesty International, Yakoub went on to assert that the PYD "has been committing war crimes in Syria".

Meanwhile, Yakoub said, the PYD was attempting to portray itself as a "democratic" organization and a participant in the international fight against "terrorism".

"The PYD is using Daesh as a pretext to alter the region's demography," he said.

In a report released on Oct. 13, Amnesty International stated that that the YPG (the PYD's armed wing) had committed several war crimes while fighting Daesh militants.

The rights watchdog went on to assert that thousands of local residents had recently been forced to leave their homes -- while entire villages had been razed to the ground -- by YPG fighters.
Last Update: Jan 20, 2016 6:58 pm
RELATED TOPICS