Iran's Khamenei gives medal as reward for capturing US sailors 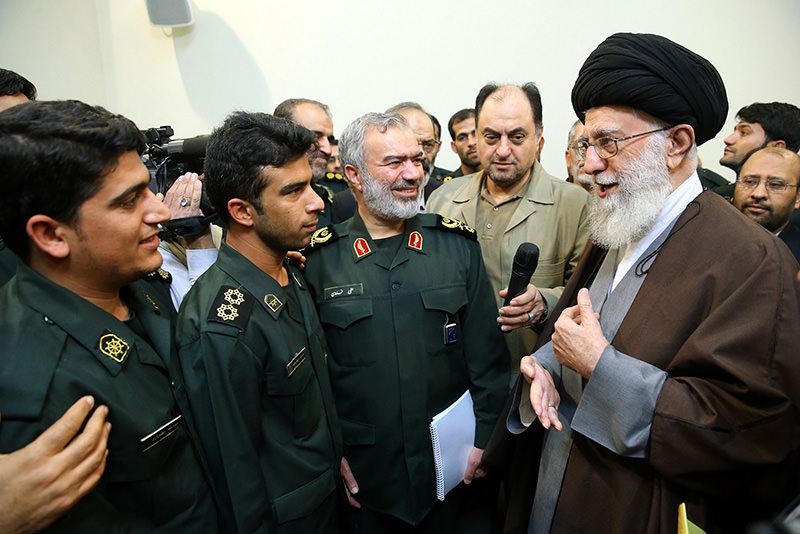 Iran's Supreme Leader Khamenei (R) greeting a group of Revolutionary Guard officers, who were involved in the detention of US Navy sailors earlier this month. (AFP Photo)
by Jan 31, 2016 12:00 am
Iran's supreme leader has awarded medals to navy commanders for capturing U.S. sailors who entered Iranian territorial waters this month, Iran's state media said on Sunday.

Ayatollah Ali Khamenei, who has said Iran should remain wary of its arch-enemy the United States even after a landmark accord over Tehran's nuclear program, awarded the Victory medal to the head of the navy of the Revolutionary Guards and four commanders involved in the seizure of two U.S. Navy boats.

Iran has awarded the Victory medal since 1989 to war heroes, military commanders and politicians, especially those linked to the eight-year Iran-Iraq war in the 1980s.

Iran freed the ten U.S. sailors on Jan. 13, a day after detaining them aboard the two U.S. Navy patrol boats in the Gulf, bringing a swift end to an incident that had rattled nerves shortly before the expected implementation of the nuclear accord with world powers.

The Revolutionary Guards said it had determined the patrol boats had entered Iranian territorial waters by mistake.

The quick resolution contrasted with previous cases in which British servicemen were held by Iran for considerably longer, in once case almost two weeks.