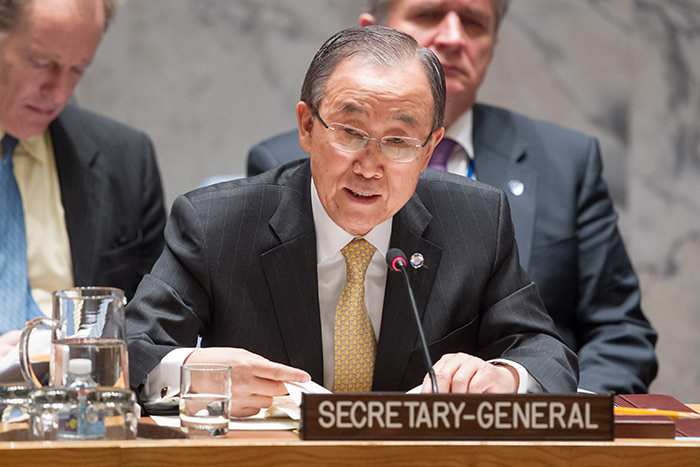 Speaking Monday during a visit to Oman's National Defense College, Ban called on the two countries to bring "realism, responsibility and compromise" to their interactions and to the region.

He also expressed hope that last month's lifting of sanctions on Iran following its landmark nuclear deal with world powers will lead to "increasingly responsible behavior in the region."

Ban was expected to hold talks with senior Omani officials during his visit.