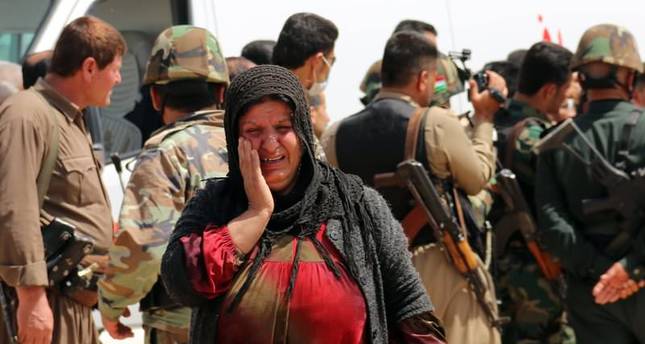 "The use of that specific term has legal ramifications," said spokesman Josh Earnest.

"There are lawyers that are considering whether or not that term can be properly applied in this scenario."

The comments follow the European Parliament's unanimous decision to recognize Daesh's killings of religious minorities in the Middle East as genocide.

The terrorist group has rounded up, killed and sold into sexual slavery, thousands of Christians and other religious minorities, particularly Yazidis, whose plight on Iraq's Mt. Sinjar prompted U.S. intervention in 2014.

Thousands of minority adherents remain in exile, fleeing the horrors wrought by the militant group.

Most recently, the oldest Christian monastery in the Middle East was razed by Daesh terrorists outside of Mosul, Iraq's second largest city, which fell to the group in June 2014.

The destruction of the 1400-year-old St. Elijah's Monastery structure was met with widespread condemnation from the Obama administration, the UN and the Vatican.

"What is clear is that we know that there are religious minorities in Iraq and in Syria, including Christians, that are being targeted by ISIL terrorists because of their religion," Earnest said, using an alternative acronym for Daesh.

"That attack on religious minorities is an attack on all people of faith. And it is important for us stand up and speak out about it," he added.
Last Update: Feb 05, 2016 1:53 am
RELATED TOPICS