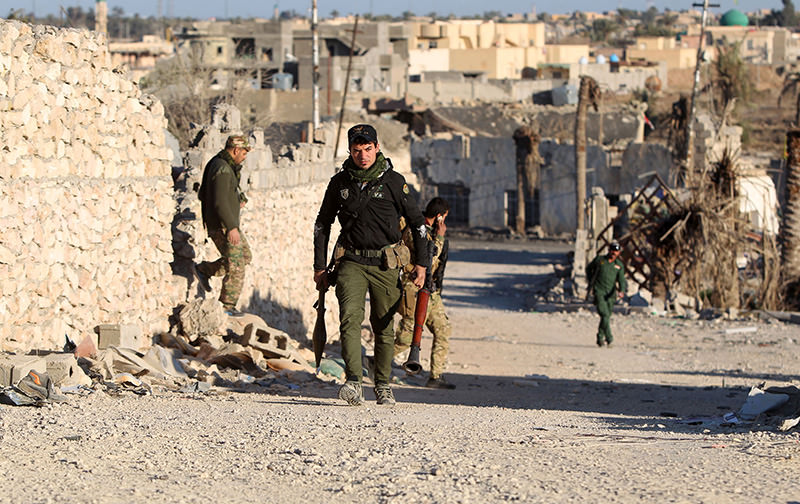 by Anadolu Agency Feb 06, 2016 12:00 am
At least 37 people were killed Saturday in Iraq in a string of terrorist attacks on security forces by Daesh.

In a separate attack in Fallujah city of Anbar province, 14 people were killed by a Daesh suicide bomber launching an attack with bomb-laden car on a headquarters of the Iraqi army and al-Hashd al-Shaabi, an umbrella organization of Shia militia.
Last Update: Feb 06, 2016 11:59 pm
RELATED TOPICS