Iraq deploys thousands of troops to retake Mosul from Daesh 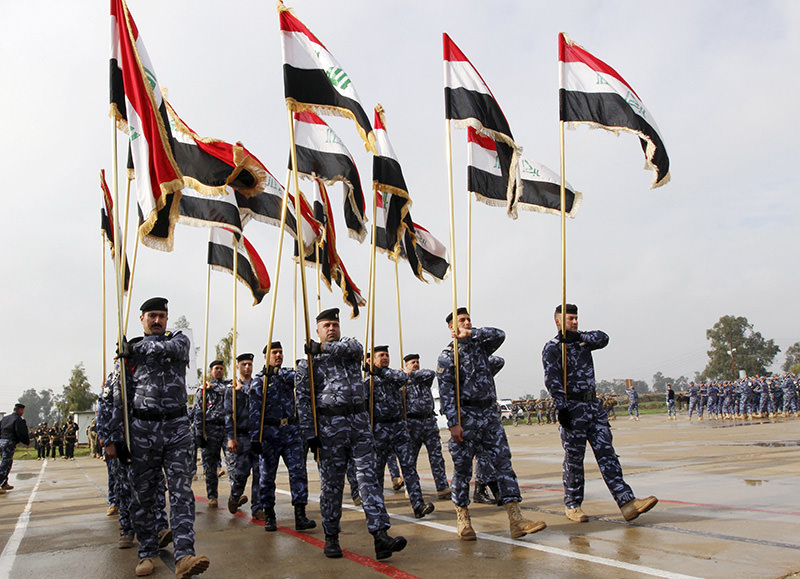 by Feb 08, 2016 12:00 am
The Iraqi army is deploying thousands of soldiers to a northern base in preparation for operations to retake the Daesh terrorist group's hub of Mosul, officials said on Monday.

Daesh seized Mosul in June 2014 and except for air strikes has held Iraq's second city largely unopposed for more than 18 months as the country's security forces battled the terrorists in other areas.

"Units from the Iraqi army have begun arriving to a military base near the Makhmur district to start launching initial military operations toward Mosul," a staff brigadier general told AFP on condition of anonymity.

"There are three brigades located in that base now," and their number will eventually reach 4,500 soldiers, said the officer, who is part of the security command tasked with retaking Nineveh province, of which Mosul is the capital.

Iraqi forces recaptured Ramadi, the capital of Anbar province, west of Baghdad, in December in a major blow to the terrorists.

But Mosul is expected to be the most difficult battle of Iraq's war against Daesh due to its size, the presence of large numbers of civilians in the city, and the long period the terrorists have had to prepare defenses.

It is the largest city held by Daesh, and along with Raqqa in Syria is one of the two main hubs for the terrorists' operations.

The initial aim is to sever Daesh supply lines between Mosul and areas farther south including Hawijah in Kirkuk province and areas near Baiji in Salaheddin, the army officer said.

Iraqi forces have worked slowly and deliberately to isolate other Daesh-held cities such as Tikrit and Ramadi before launching assaults to retake them, and cutting off Mosul will likely take longer than either.

Lieutenant General Sean MacFarland, the commander of the US-led operation against IS, has said that Iraqi generals do not think they will be able to recapture Mosul until the end of 2016 or early 2017 at the earliest.

A Kurdish official said that most of the soldiers deployed to Makhmur, which is located within territory controlled by Iraqi Kurdistan, are ethnic Kurds from the Iraqi army.

"These forces came with the approval of the presidency and government of the Kurdistan region of Iraq," said Halgurd Hekmat, a spokesman from the ministry responsible for the autonomous region's peshmerga forces.

The base will be for both soldiers and aircraft, Hekmat said.

Shakhwan Abdullah, a Kurdish lawmaker on the federal parliament's security and defense committee, confirmed that Baghdad and Iraqi Kurdistan had coordinated on the deployment.

"Establishing this base cost around $10 million," said Abdullah, adding that the base would be turned over to Kurdish peshmerga forces after the recapture of Mosul.

Defense Minister Khaled al-Obeidi visited the Makhmur base on Saturday, ordering that all measures be taken to speed up the completion of the site, the ministry said.

Multiple Iraqi divisions collapsed during the early days of Daesh's 2014 offensive, abandoning thousands of vehicles as well as weapons and other equipment to the terrorists.

Daesh ultimately overran around a third of the country, but Iraqi forces have since regained significant areas from the terrorists, with the help of US-led air strikes and training.
Last Update: Feb 08, 2016 5:20 pm
RELATED TOPICS