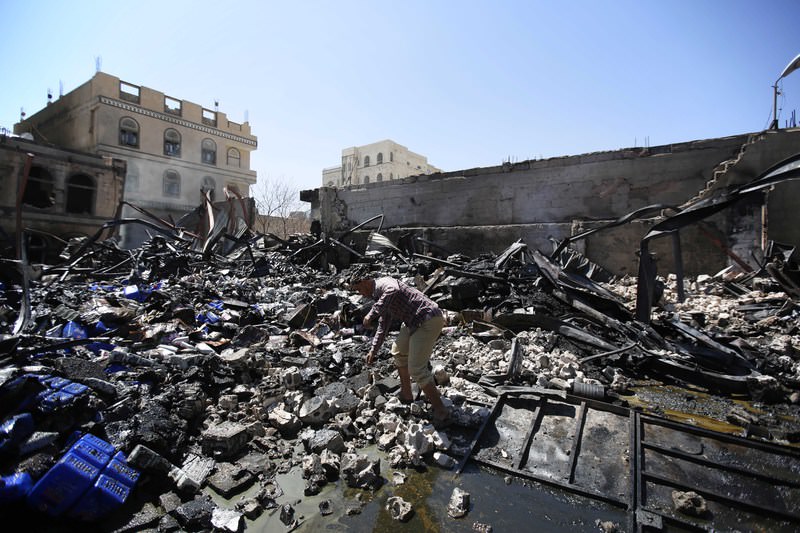 by Anadolu Agency Feb 11, 2016 12:00 am
Prominent Arab activists met in Istanbul on Thursday to commemorate the fifth anniversary of Yemen's revolution, as a brutal conflict continues to rage in the Middle Eastern country between Yemeni government forces and the Shia Houthi militia.

The event also featured a recorded video message by former Tunisian President Moncef Marzouki, who was the first democratically elected president in the Arab world.

Marzouki said he was proud of the Yemeni people for their continued resistance following the revolution.

"Victory of the Yemeni revolution is also a victory for the Arab people," he said.

Meanwhile, Karman said that the revolution and democracy "cannot be achieved at the same time."

She added that the "revolutionary stage" is ongoing and did not end after the ousting of former President Ali Abdullah Saleh or other presidents who were removed from power during the Arab Spring.

"We are facing a strong counter-revolution that is complete, strong and backed by a detestable military coup, as well as a regional and international conspiracy," Karman said.

Yemen has remained in turmoil since September 2014, when the Shiite Houthi group and allied forces of former President Ali Abdullah Saleh overran capital Sanaa and other parts of the country, forcing President Abd Rabbuh Mansour Hadi and his government to flee to Saudi Arabia.

According to the UN, more than 5,800 people have been killed in Yemen -- about half of them civilians -- since the Saudi-led coalition first began its air campaign in March of last year.
Last Update: Feb 11, 2016 8:18 pm
RELATED TOPICS