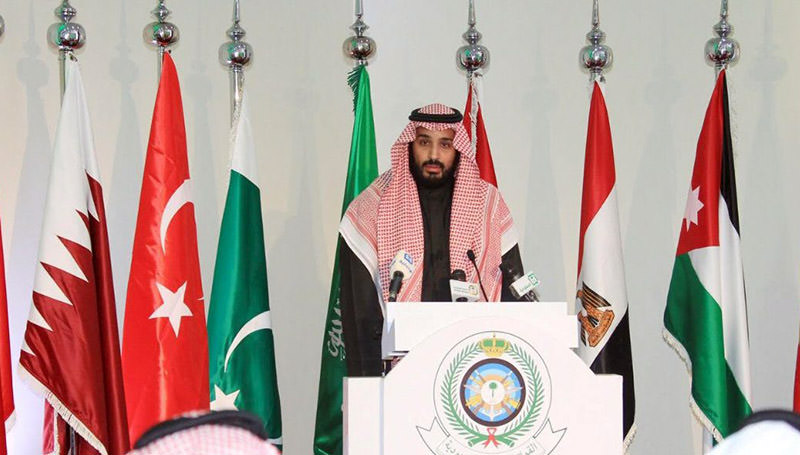 Saudi Deputy Crown Prince and Defence Minister Mohammed bin Salman speaks during a news conference in Riyadh December 15, 2015 (Reuters Photo)
by Compiled from Wire Services Feb 11, 2016 12:00 am
A new Saudi-led coalition to fight "terrorism" in Muslim countries will gather in the kingdom next month for its first publicly announced meeting, a Saudi source said on Thursday.

"This is official now, that they will meet end of March," the Saudi source said, without giving a date.

The source added that the coalition now has 35 members, up from the 34 announced initially.

Member countries named previously by the Saudis range from the tiny African nation of the Comoros to major regional powers like Turkey.

The kingdom is a member of the US-led coalition that has been bombing the Daesh group in Iraq and Syria for more than 18 months.

On Monday, Saudi Foreign Minister Adel al-Jubeir said his country was ready to deploy special forces to Syria if the coalition decides to begin a ground operation.

Experts said that the new coalition's primary significance would be to provide an axis of "moderate" Muslim states able and ready to confront terrorism.

Iran, a Shiite Islamic republic that usually draws criticism for fueling sectarianism in the region, was absent from the states named as participants.

The United States has been increasingly outspoken about its view that Gulf Arab states should do more to aid the military campaign against the Daesh terrorist organization which controls large swathes of territory in Iraq and Syria.