After 81 days of hunger strike, Palestinian journalist 'on brink of death' 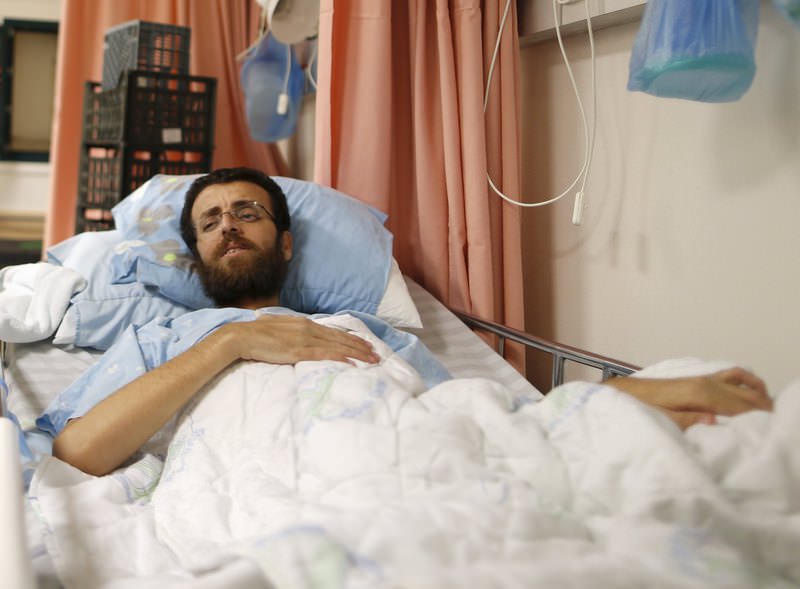 by Anadolu Agency Feb 13, 2016 12:00 am
Palestinian journalist Mohamed al-Qeeq, who began an open-ended hunger strike in an Israeli jail 81 days ago, now stands on the brink of death, a Palestinian official warned Saturday.

"He is in very bad shape; his health is deteriorating by the minute," Issa Qaraqe, head of the Palestine Liberation Organization's committee on detainees, told Anadolu Agency.

According to Qaraqe, al-Qeeq has lost almost 60 kilograms and currently stands on "the brink of death".

Last week, al-Qeeq rejected an Israeli court decision to remove him from administrative detention, saying he would maintain his hunger strike until his unconditional release.

Al-Qeeq's wife, Fayha Shalash, for her part, has called on Palestinian political factions -- including the Fatah-led Palestinian Authority -- to save her husband's life before it's too late.

Shalash, 29, told Anadolu Agency that she would not accept condolences from Palestinian officials in the event that her husband succumbed to starvation.

Originally from the West Bank city of Hebron (Al-Khalil), al-Qeeq, 32, had lived in Ramallah, where he worked for Al-Majd TV, a popular Arabic-language satellite television channel.

Al-Qeeq began his hunger strike on Nov. 24 of last year -- three days after being arrested by Israel for alleged "incitement" -- to protest his ongoing detention without trial.