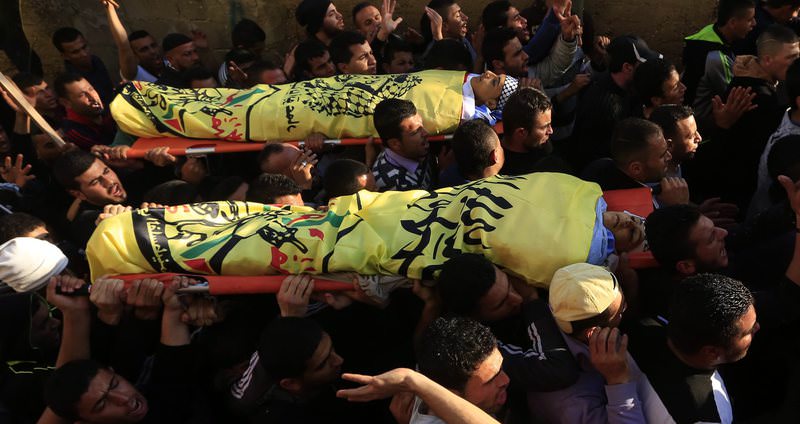 by Anadolu Agency Feb 14, 2016 12:00 am
Three Palestinians teenagers were killed by Israeli troops on Sunday in two separate incidents in the Israeli-occupied West Bank.

According to the Israeli military, troops shot two Palestinians dead near the northern West Bank city of Jenin after the former had come under fire after responding to reports of rock-throwing by Palestinian youths.

Israeli police claimed Safi had been shot at an army checkpoint near Bethlehem after he had attacked police with a knife.

According to Palestinian Health Ministry figures, 174 Palestinians have been killed since Oct. 1 of last year, mostly after alleged attacks on Israelis or during the violent dispersal of protests.

Israel's Foreign Ministry, for its part, says that, over the same period, 30 Israelis and foreigners have been killed in attacks carried out by Palestinians.