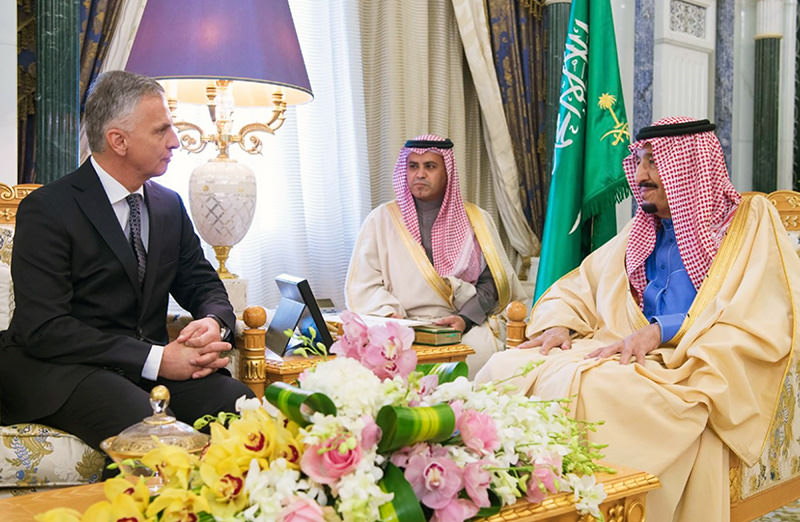 by Associated Press Feb 14, 2016 12:00 am
Saudi Arabia's foreign minister says Switzerland has agreed to handle its diplomatic services in Iran so that Iranian pilgrims can continue to visit the oil-rich kingdom.

Saudi Arabia cut diplomatic ties with Iran last month after protesters outraged over the kingdom's execution of a prominent Shiite cleric set fire to the Saudi Embassy and another diplomatic mission.

Foreign Minister Adel al-Jubeir said Sunday that the Swiss would facilitate procedures for Iranian Muslims to visit Saudi Arabia for religious pilgrimages. He spoke during a visit by his Swiss counterpart, Didier Burkhalter.

The Swiss Embassy in Tehran already provides consular services to U.S. citizens in Iran in the absence of an American diplomatic mission there.
Last Update: Feb 14, 2016 4:47 pm
RELATED TOPICS