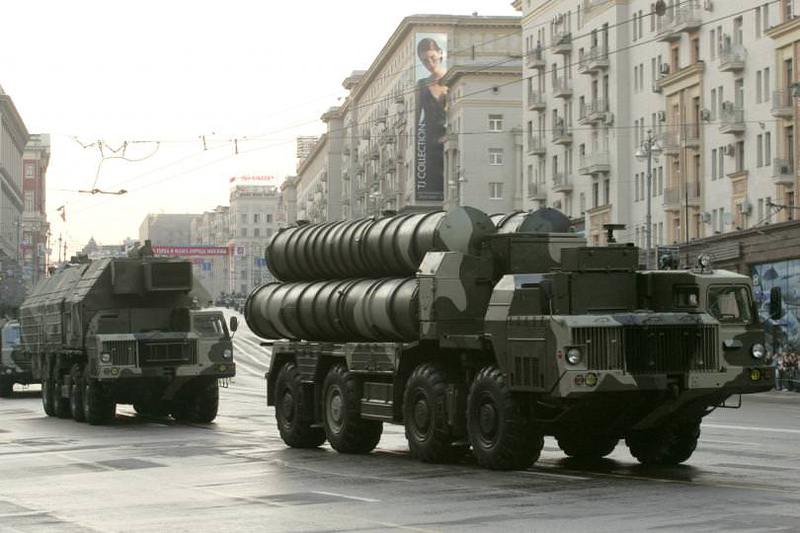 Russian S-300 anti-missile rocket system move along a central street during a rehearsal for a military parade in Moscow, May 4, 2009. (REUTERS Photo)
by Daily Sabah with Reuters Feb 15, 2016 12:00 am
Russia will start the delivery of S-300 air defense missile systems to Iran in "the nearest time", RIA news agency quoted Russia's Foreign Ministry as saying on Monday.

The Islamic Republic is also displaying interest in buying more advanced, S-400 missile systems, but no negotiations are being conducted at the moment on this matter, the agency reported.

Moscow in April lifted a ban on selling the missile systems to Iran, ahead of Tehran sealing a final historic deal with world powers in July to curb its nuclear programme.

The decision sparked condemnation from Israel and concern from Washington, as it came before the lifting of the sanctions by the UN Security Council.

Russia argues that the missile system is exclusively defensive and does not even fall under the sanctions.

Moscow blocked deliveries of the surface-to-air missiles to Tehran in 2010 after the UN Security Council imposed the curbs on Iran over its nuclear programme barring hi-tech weapons sales.

Iran then filed a $4-billion suit at an arbitration court in Geneva for the cancellation of the $800 million order by Russia, which has long been Iran's principal foreign arms supplier.

Russian Technologies said Iran had agreed to drop its legal claims against Moscow after the "first part" of the contract is fulfilled.

Russia and Iran are allied over their backing for Syria's Bashar Assad, with both sides helping regime forces on the ground.

Russia recently began launching airstrikes in Syria to bolster the Assad regime. Moscow initially described the airstrikes as solely targeting DAESH targets, but Russian warplanes have repeatedly targeted civilian areas and the moderate opposition groups that control them. According to a report released earlier this month by Amnesty International, Russian airstrikes in Syria have killed "hundreds" of civilians over the last three months.
Last Update: Feb 15, 2016 7:25 pm
RELATED TOPICS