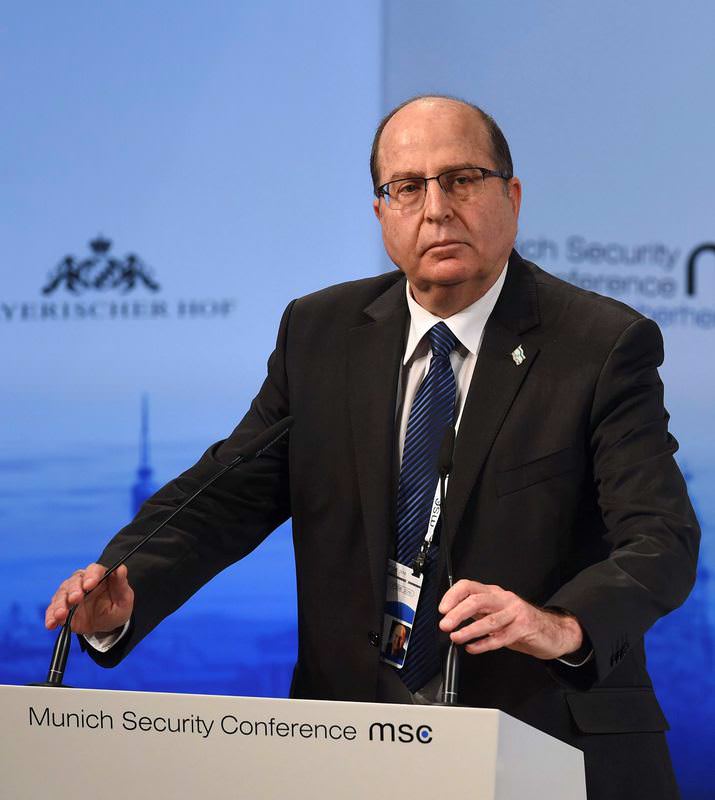 Israel, which considers Iran and Hezbollah a national security threat, is in favor of establishing strategic partnerships with some Sunni Arab states. Israeli Defense Minister Moshe Yaalon claimed that some Arab countries are willing to develop nuclear technology to counter Iran

Continuously escalating tensions in the Middle East have caused Israel confront its isolation in the region as the war in Syria has no sign of ending, a nuclear deal was made between world powers and Iran and extremist groups expand their territory. The involvement of Russia, Iran and Hezbollah in Syrian war has raised questions of whether an Iranian-dominated government in Damascus would be established. Dur to these developments Israel has given the signals of mending its relations with the U.S., EU and Turkey despite the disputes over illegal settlements, its treatment of Palestinians and Gaza. The Israeli administration has made steps to continue receiving defense aid from the U.S., to decrease the anti-Israeli tone in the EU and open a new chapter with Turkey. During the Syria cease-fire talks Israeli Defense Minister Moshe Yaalon said Israel would ally with Sunni Arab states against Iran, and accused the EU and U.S. of not giving enough support to the opposition in Syria.

During the talks the head of the Saudi-backed Syrian opposition's High Negotiations Committee, Riad Hijab, said: "You ask me if I accept a cease-fire or a cessation of hostilities. I ask you why the onus is on the opposition and whether it has preconditions for negotiations."

"I would like to see a single day of a cessation of hostilities in order to give a chance for real political movement," he said. Yaalon stressed Hijab's statement and said: "The whole region was frustrated and furious at the lack of Western support."

"For war you need two parties, there is one very active ... in the region today, Russia, and on the other side it is missing, whether it is the United States or Europe," he said. He also voiced Israel's disappointment with the talks and said: "Unfortunately, we are going to face chronic instability for a very, very long period of time. And part of any grand strategy is to avoid the past, saying we are going to unify Syria. We know how to make an omelet from an egg. I don't know how to make an egg from an omelet." He revealed Israel's fears of an Iranian-dominated state and, referring to the sect of Syrian President Bashar Assad which is Alawite, he said that an "Alawistan" may appear. He added that Israel was ready to develop strategical relations with some Sunni Arab countries. He also met with Jordanian King Abdullah II, but did not make any statement. Yaalon also claimed that "Israel is seeing that states in the Arab world are preparing to get nuclear weapons because they are unwilling to sit quietly with a nuclear Iran, or an Iran on the verge of a nuclear bomb."

Ram Ben-Barak, director-general of Israel's Intelligence Ministry, speaking to Israel's Army Radio, said: "I think that ultimately Syria should be turned into regions under the control of whoever is there," and argued that Assad's sect had no way to heal its schism with the Sunni majority. "I can't see how a situation can be reached where those same 12 percent Alawites go back to ruling the Sunnis, of whom they killed half a million people there. Listen, that's crazy."
Last Update: Feb 16, 2016 10:02 am
RELATED TOPICS