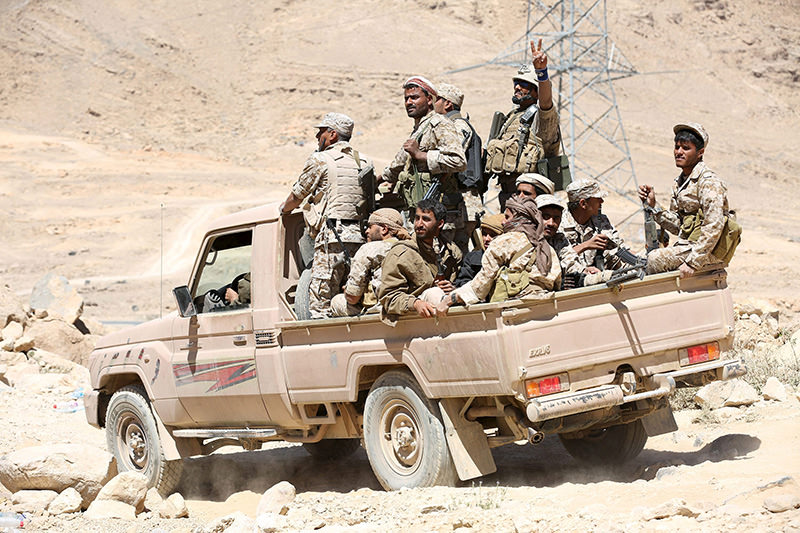 Pro-government army soldiers ride on the back or a truck in Fardhat Nahm area, February 20, 2016. (Reuters Photo)
by Feb 24, 2016 12:00 am
Yemeni government on Wednesday accused the Lebanese Shi'ite militia Hezbollah of training the Houthi rebels and fighting alongside them in attacks on Saudi Arabia's border, it said in a statement carried by official media.

Yemen's government and its Gulf partners have long accused Hezbollah's ally Iran of backing the Houthis and seeking to transform the group into a replica of the Lebanese militia to use as a proxy against its main regional rival, Saudi Arabia.

Its latest assertion is based on "many documents and physical evidence" which Hezbollah would not be able to deny, it said, but that it did not immediately produce.

Saudi Arabia is leading an Arab coalition against the Houthis and forces loyal to former president Ali Abdullah Saleh in a bid to restore the internationally recognized government of President Abd-Rabbu Mansour Hadi.

Although both Iran and Hezbollah have given vocal support to the Houthis, dismissed Hadi's government as illegitimate and condemned Saudi involvement in the civil war, they deny giving the group military aid.