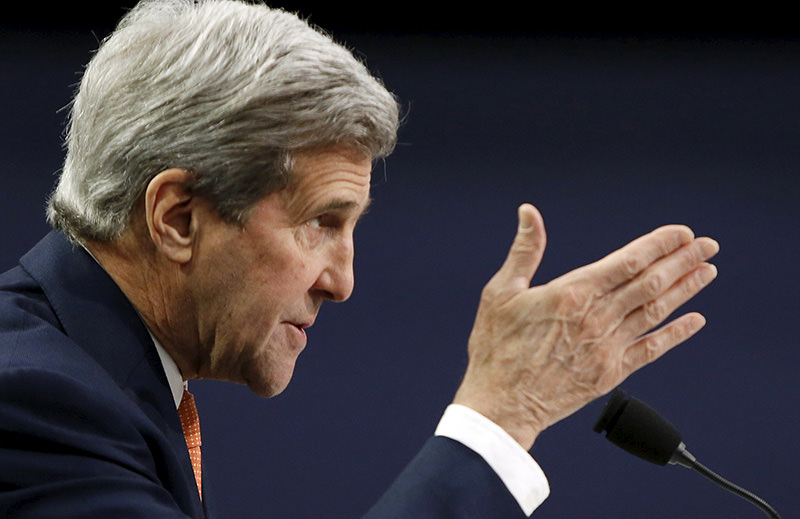 by Anadolu Agency Feb 24, 2016 12:00 am
United States Secretary of State John Kerry on Wednesday urged Israeli and Palestinian officials to resume a "genuine" peace process, stressing that continued settlement construction is not helpful.

The top diplomat warned of a "downward spiral" in violence in the absence of an active process. In order to dampen the uptick in violence, Kerry said it was imperative to have a process that people "can grab onto and understand with respect to the creation of a state".

"If that can happen, then I think it's possible to have progress, but you know, it's not in our hands," he told a congressional committee, acknowledging difficulties in gaining momentum on all sides of the conflict. "I don't think that the situation is helped by additional settlement construction and building," he added.

According to Israeli official figures from earlier this month, Palestinians allegedly have carried out more than 170 stabbing attacks since Oct. 1.

More than 172 Palestinians have been shot dead by Israeli army and more than 15,000 were wounded during that period, according to the Palestinian health ministry.

A Palestinian teen was shot dead Sunday by Israeli troops near the West Bank city of Nablus after allegedly trying to attack Israeli soldiers with a knife, the Israeli army and the Palestinian Health Ministry have said.

The Israeli army said in a statement that troops shot the teen after the latter attempted to stab soldiers stationed at the Bitot Junction south of Nablus in the Israeli-occupied West Bank.
Last Update: Feb 24, 2016 10:32 pm
RELATED TOPICS