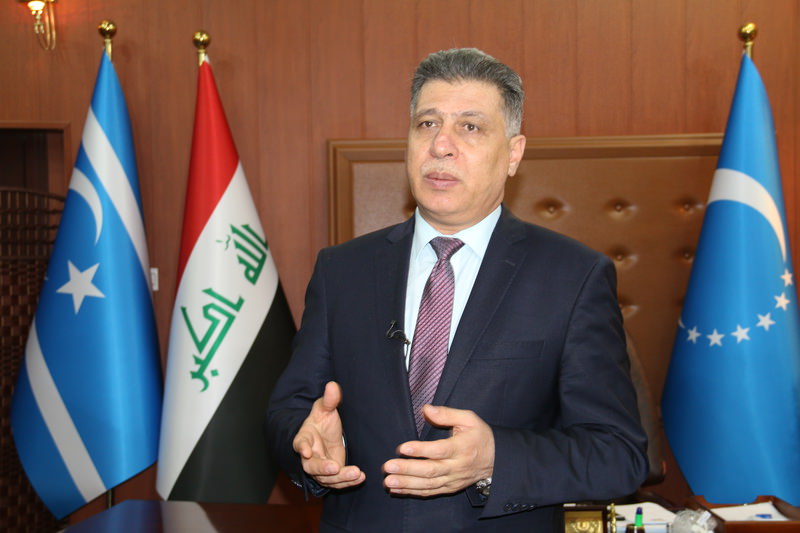 by Anadolu Agency Mar 01, 2016 12:00 am
Turkmens continue to suffer the most due to lack of security and clashes in Syria and Iraq, Ersad Salihi, president of Iraqi Turkmen Front and Kirkuk parliamentarian, said Monday.

"The planned attacks on Turkmen people in Syria's Aleppo province, Jarabulus and Bayirbucak districts have been obvious. These regions must be declared as secured areas. If such a decision is taken, Turkmens wouldn't be forced to flee their hometowns," Salihi told Anadolu Agency.

"There are very big [geopolitical] games [being played] in Turkmen areas in Syria and Iraq," he said, adding people continue to face security problems in Syria's Aleppo, Jarabulus and Bayirbucak areas along with Iraq's Mosul, Tal Afar, Tuz Khormato and Kirkuk areas.

"Turkmen people have been forced to migrate," he added.

Salihi said a number of Turkmen people had fled their homes after Tel Afar was captured by Daesh terrorist group.

"Mosul is an important city for Iraqi Turkmen and also Tal Afar, where mostly Turkmen people live. The operation in these cities must be carried out by Turkmen people," he said.

"It's not important for us under which name we will be included in these operations. Turkmen people are ready militarily. We have also requested for an official approval from the government for our military force," he said.

"Arab people, Kurdish people and Turkmen people should be included in these administrative institutions," he added.
Last Update: Mar 01, 2016 2:21 am
RELATED TOPICS