Iran MP sued over 'no donkeys, no women in parliament' slur 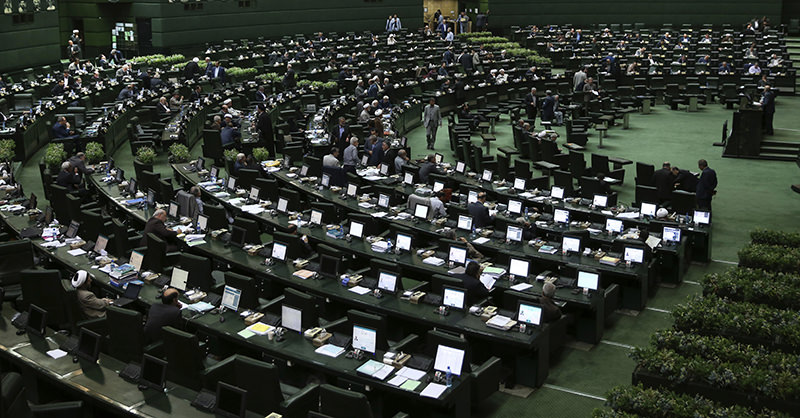 Iranian women deputies are suing a conservative male colleague, Nader Ghazipour, after he declared in a video that parliament was no place for "donkeys and women".

"Parliament is not a place for foxes, donkeys and women," he proclaims before a cheering crowd in the video ahead of the February 26 polls.

If you elect women, "they (men colleagues) might do things to them and disgrace you", he said.

Ghazipour was elected in Orumiyeh, in a Turkish-speaking province near the border with Turkey.

"There has been an accusation against women, and Mr Ghazipour must be held responsible," she said.

Ghazipour had sent an apology through mediators, but the plaintiffs "won't withdraw their lawsuit", Rahbar said.

"His words have gone public through the media and gone viral inside and outside Iran. He should come out" and explain himself.

Ghazipour's comments were "an insult not only to women but to the entire parliament", Rahbar, herself a member of the conservative camp in Iranian politics, told the reformist daily Shargh.

Faced with the threat of lawsuits, Ghazipour has said he was not referring to women in the Islamic republic's parliament or to female candidates in his own constituency.

"I didn't mean all women. There were two ladies running from our city in this election. You can ask them my opinion of women," he told the KhabarOnline website.

"If elections were held again right now, I would win twice as many votes," Ghazipour said on a defiant note.

According to media reports, unknown assailants beat up the journalist who posted the video, Hamed Atayi, on the street last week in front of his wife and child.