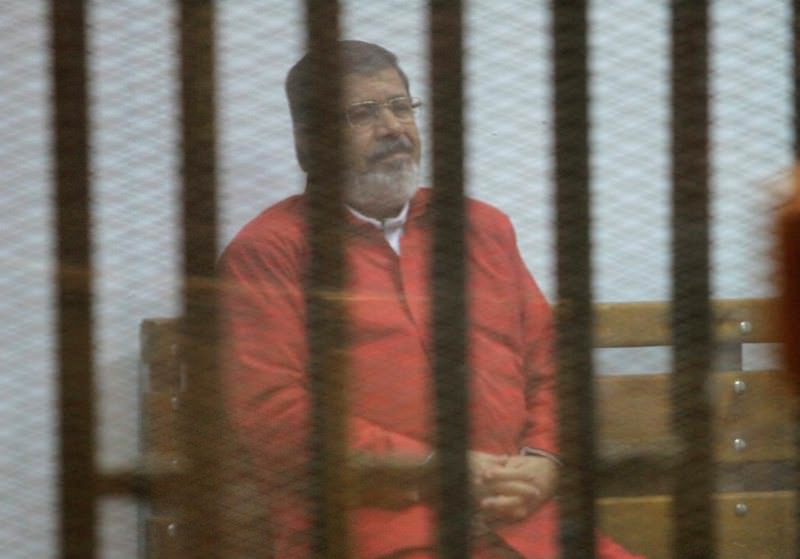 Cairo criminal court postponed the trial of Mohamed Morsi, Egypt's first democratically-elected president who was ousted in a 2013 military coup, to mid-April after the ousted president failed to show up at a Saturday court to answer charges of "insulting" Egypt's judiciary.

Trial proceedings against Morsi and 24 co-defendants were therefore postponed to next month, according to a judicial source and defense attorneys.

Speaking to Anadolu Agency on condition of anonymity, the judicial source said the Cairo criminal court had postponed trial proceedings to April 16 "to consider charges that [the defendants] insulted the judiciary and judicial officials with the intention of inciting hatred".

It was the first time that Morsi -- who held office from mid-2012 to mid-2013 before being ousted and imprisoned by the military -- failed to appear at a scheduled court session.

Judicial officials and defense lawyers, for their part, could not provide a reason for Morsi's absence from Saturday's trial session.

Prosecutors accuse the defendants of "insulting the judiciary via television, radio and social-networking websites. thereby inciting hatred and disrespect for judicial officials."

Morsi, a leader of Egypt's now-outlawed Muslim Brotherhood group, was ousted by the military in July 2013 -- and later imprisoned -- after serving only one year in office.

Morsi and his co-defendants, along with a number of independent observers, say the charges are politically motivated.

In the years since Morsi's ouster, the Egyptian authorities have launched a relentless crackdown on dissent that has largely targeted the former president's supporters and members of his Muslim Brotherhood group.

The crackdown, which remains ongoing, has seen hundreds killed and thousands thrown behind bars.