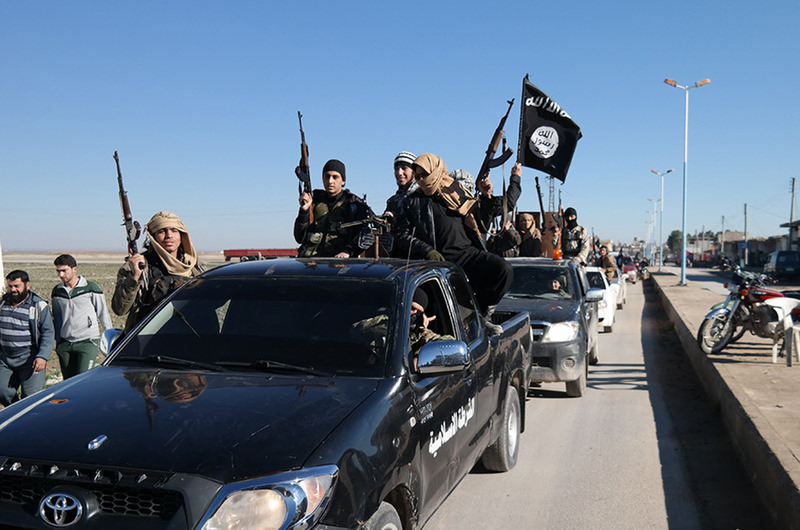 Western intelligence services examined a potential treasure trove of leaked DAESH files, some of which were deemed authentic by German officials despite speculation from experts

Thousands of files have surfaced revealing the personal data on members of DAESH – documents that could help authorities track down and prosecute foreign fighters who returned home after joining the extremists as well as identify their recruiters.

Germany's federal criminal police force said Thursday that the files are in their possession and believed to be authentic. The announcement came after Britain's Sky News reported it had obtained 22,000 DAESH files that detail the real names of fighters for the group, their addresses, telephone numbers and even names of those who sponsored and recruited them. In a joint report, Germany's Sueddeutsche Zeitung newspaper in Munich and broadcasters WDR and NDR reported Monday that they had obtained " dozens" of pages of the alleged documents themselves.

"This is a huge data base including some 22,000 names – so this is very, very important," said Dalia Ghanem-Yazbeck, a research analyst at the Carnegie Middle East Center. She said the files would "definitely" help expedite international security services, including those in Arab countries, by aiding to confirm the identities of those who have already left to fight for DAESH, discovering the identities of new fighters, and helping officials to identify those who return home from Syria and Iraq.

The documents shed light on the bureaucratic work of the highly secretive, extremist group that has spread fear through its brutal killings and deadly attacks in Syria and Iraq, as well as places like France, Turkey, Lebanon, Yemen and Libya.

The information could help the U.S.-led coalition that is fighting DAESH by aiding in a crackdown on the extremists' foreign fighter networks, said U.S. Army Col. Steve Warren, a spokesman for the coalition. While he was not able to verify the documents, he said that "if there is a media outlet that has these names and numbers, I hope they publish them." That would help bring attention to the problem of foreign fighters joining DAESH and also would help authorities to crack down on the problem, he said. "This would allow the law enforcement apparatus across the world to become much more engaged and begin to help do what we can to stem this flow of foreign fighters so we're hopeful that its accurate and if so we certainly plan to do everything we can to help," he said.

Both Sky and Sueddeutsche Zeitung reported that the documents were forms with 23 questions to be filled out by recruits when they were inducted into DAESH. Sky said they included nationals from at least 51 countries, including the U.S. and Britain.

As of last month, the U.S. estimates that DAESH had 19,000 to 25,000 fighters in Iraq and Syria, down from an estimated 20,000 to 31,500 fighters – a number based on intelligence reports from the period of May to August 2014. The decrease reflects the combined effects of battlefield deaths, desertions, internal disciplinary action, recruiting shortfalls and difficulties that foreign fighters face traveling to Syria, according to a U.S. official, who spoke on condition of anonymity because the official was not authorized to discuss the estimates with the media.

Haras Rafiq, managing director of the London-based Quilliam Foundation, an anti-extremist think-tank, noted that the data was from 2013, and thus might not be "that important." But, he added: "Clearly, there is a fracture in the organization, people are disillusioned, the price of oil is dropping and that is having an effect on their operations and paying people."

Markus Koths, a spokesman for Germany's Federal Criminal Police Office, the Bundeskriminalamt, told The Associated Press (AP) that the agency had DAESH documents like those obtained by Sueddeutsche Zeitung. He did say: "We believe there is a high probability that these documents are genuine." Speaking to reporters in Brussels, German Interior Minister Thomas de Maiziere said the documents in Germany's possession "are most likely authentic" and "show the thoroughness of this criminal organization." He said authorities can use the documents to build better cases against people who had gone to fight with DAESH and then returned home. "If it's now clear that they were there ... then it is an important supplement to the chain of evidence that leads to a tougher and more precise verdict [and] they are very useful documents," he said.

The leak comes at a time when Western security services are on high alert against the possibility of more extremist massacres following the Paris attacks in November of 2015. Last week, Britain's most senior counter-terrorism police officer warned of the risk of "spectacular" attacks targeting the "Western lifestyle." British police previously stated that they foiled seven plots between late 2014 and early 2016.