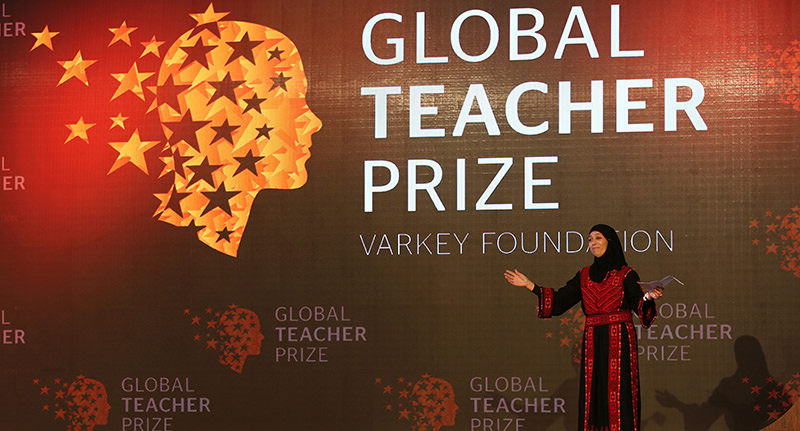 A Palestinian teacher's efforts to promote non-violence won her international recognition Sunday when she was awarded a prestigious global teaching award.

"In a society torn apart by conflict where children are regularly exposed to violence, Hanan is building trust and supporting children suffering psychological trauma-from the heart of her classroom," said the Varkey Foundation as it announced the prize on social media.

In her victory speech Hroub, who grew up in a Bethlehem refugee camp, said that her and the other teachers who made the top 10 shortlist have the power to "change the future."

Palestinian Prime Minister Rami Hamdallah praised Hroub in a statement, saying her victory was a source of hope and optimism as well as an example of what Palestinians can achieve despite the occupation.

Hroub, who works in primary education, told Anadolu Agency in February that she promotes non-violence through playing.

The idea of the non-violent teaching method came to Hroub after her husband was shot by Israeli forces in the occupied West Bank city of Bethlehem during the al-Aqsa intifada, which erupted in 2000.

"My husband was injured. The Israeli soldiers laughed at him and left him [to bleed to death]," she recalled. "This incident has left my children in shock. This teaching technique, however, has helped them recover and regain their self-confidence."