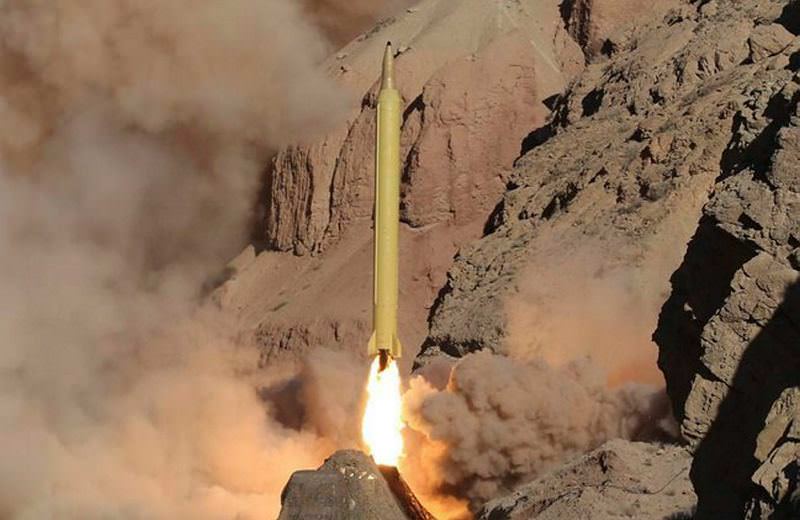 The United States called a U.S. Security Council (UNSC) meeting on Monday to protest the launches, which U.S. Secretary of State John Kerry called a violation of U.N. resolutions that "could invite additional sanctions." Samantha Power, the U.S. ambassador to the United Nations, said after Monday's closed meeting that the ballistic missiles "were designed to be capable of delivering nuclear weapons," and called the launches "dangerous, destabilizing, and provocative." But Russia's U.N. ambassador, Vitaly Churkin, told reporters that Moscow had no information that the missiles could carry nuclear weapons and that there was no violation of the resolution. At issue, is the UNSC resolution adopted after the Iranian nuclear deal was signed last year, calling for Iran not to launch any ballistic missiles capable of delivering a nuclear weapon.

Zarif said that Iran had not violated Resolution 2231, but that the tests may have violated the resolution it superseded, 1929, which used different language. "First of all, it doesn't use obligatory terms that are used in the Security Council, so Iran is not obliged by 2231's calls on Iran," Zarif told reporters at Australia's Parliament House. "Secondly, it creates a narrower definition of the missiles. That is, missiles that are designed to be incapable of carrying nuclear war heads," he added. "Since we do not have nuclear warheads and we have undertaken not to develop them, and the international community has put in place the best mechanisms money can buy in order to make sure that we do not develop nuclear weapons ... we do not design any missiles to carry things we do not have," Zarif said. "So these missiles do not fall within the purview of 2231 and they are not illegal," he added.

Bishop did not express an opinion on whether the tests had breached Resolution 2231. "Having heard the foreign minister's explanation, it is Australia's position, that should the U.N. Security Council wish to investigate this matter, then that would be the proper legal process for it to do so," Bishop said.

Power said that the missile tests merit a response from the UNSC, but that Russia's contention that the launches did not violate the resolution all but rules out any action. Last Wednesday's missile test was aimed at demonstrating that Iran will push ahead with its ballistic missile program after scaling back its nuclear program under the deal reached last year with the P5+1. Iran fired two long-range ballistic missiles on March 9, one day after similar tests that came fewer than two months after the Iran nuclear deal was implemented.

Tensions escalated between Washington and Tehran before the latest missile test, as the U.S. two months ago accused Iran of launching a "highly provocative" rocket test last week near U.S. warships and commercial traffic passing through the Strait of Hormuz. U.S. policy on Iran and the nuclear deal that resulted in the lifting of sanctions have been severely criticized by dissidents as Iran has gotten involved in the wars in Iraq, Syria and Yemen. Iran is known for its direct support for Shiite Houthi rebels in Yemen who have expelled the internationally recognized and elected president and for the Syrian regime and Shiite militant group Hezbollah in Syria who fight against U.S.-backed rebels.