In a news conference Thursday in Cairo, he says that the Japanese analysis showed chambers that would be scanned again at the end of the month.

The discovery could shine new light on one of ancient Egypt's most turbulent times, and one prominent researcher has theorized that the remains of Queen Nefertiti might be inside. 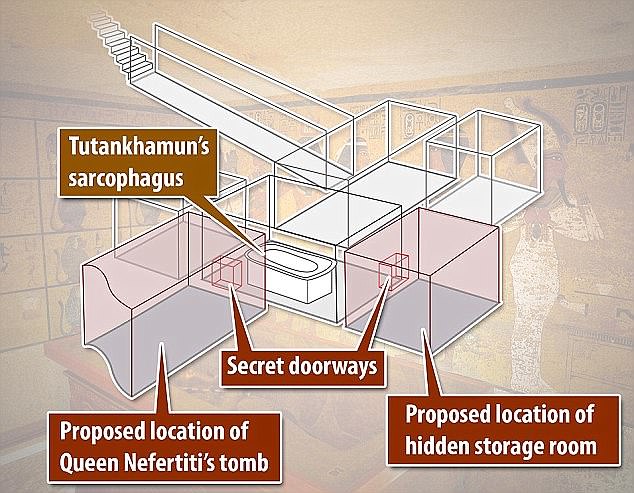 El-Damaty said he thinks the new chambers could contain the tomb of a member of Tutankhmun's family, but wouldn't speculate on Nefertiti who was one of the wives of Tutankhmun's father, the Pharoah Akhenaten, but is not believed to be his mother.