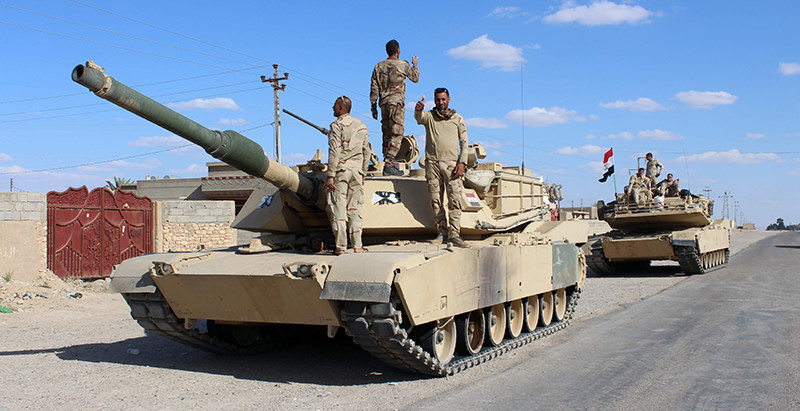 Iraqi government forces gesture from their vehicles in the village of Mohammadi, a few miles north of Hit, in Iraq's western province of Anbar on March 18, 2016. (AFP Photo)
by Associated Press Mar 24, 2016 12:00 am

An Iraqi military spokesman said on Thursday that the long-awaited military operation to recapture the northern city of Mosul from Daesh terrorists "has begun."

The spokesman for the Joint Military Command, Brig. Gen. Yahya Rasool, said Iraqi forces retook several villages on the outskirts of the town of Makhmour, east of Mosul, on Thursday morning.

It was not immediately clear how long such a complex and taxing operation could take. Mosul lies 360 kilometers, or 225 miles, northwest of Baghdad.

It's Iraq's second-largest city and it fell to Daesh during the militants' June 2014 onslaught. Mosul is also the largest city in the Daesh group's self-proclaimed caliphate.