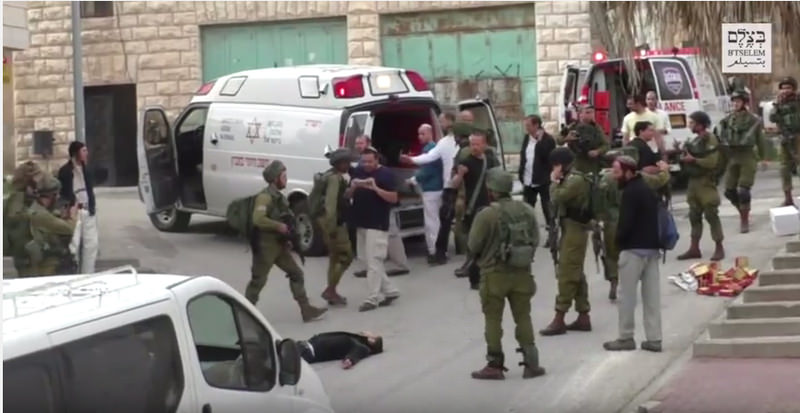 The Palestinian man, identified as 21-year-old Abdul Fatah al-Sharif, reportedly got wounded after an alleged knife-attack and was shot in the head despite him lying on the floor in an injured condition.

The video shows the wounded man lying on the floor after he gets injured, while the Israeli soldier receives treatment by emergency medical staff.

Moments later, an Israeli soldier shoots the Palestinian man in the head while the rest of the people show no reaction. A car drives around the man, to avoid running over the man's body. Despite an ambulance being at the scene, no medical staff intervenes to help the man shot by the Israeli soldier.

Israeli Defence Minister Moshe Yaalon said that the incident would be handled with "utmost severity". The soldier has also been detained.

"The event in which a soldier is recorded arriving at the scene of the attack in Hebron and shooting the terrorist minutes after he was already neutralised and is lying on the ground is most grave," the minister said in a video clip shared with journalists.