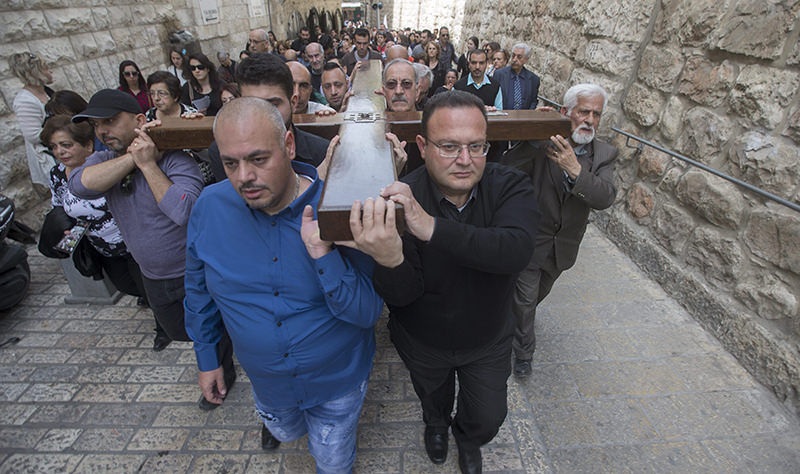 Catholic pilgrims carrying the cross as the march at the Via Dolorosa in the old city of Jerusalem, during the Good Friday part of the Easter procession, 25 March 2016. (EPA Photo)
by Associated Press Mar 25, 2016 12:00 am
Thousands of Catholics and Protestants are commemorating the crucifixion of Jesus Christ by following the path in Jerusalem's Old City where, according to tradition, he walked on the way to the cross.

The Good Friday procession passes along the Way of the Cross, or Via Dolorosa, the route believed to have been walked by Jesus to his crucifixion.

Pilgrims from around the world some with large wooden crosses on their backs walked the 14 stations along the route, each marking an event that befell Jesus on his final journey.

The final stations are inside the Church of the Holy Sepulcher where many Christians believe Jesus was crucified and laid to rest before his resurrection on Easter Sunday.