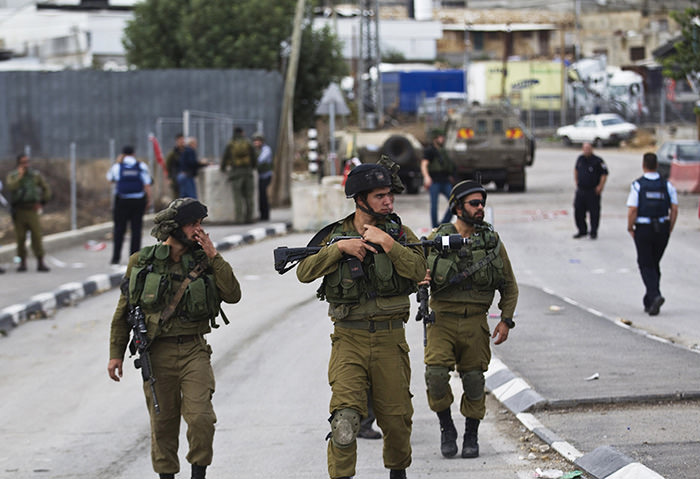 The Israeli army has detained 21 Palestinians during overnight raids in the Israeli-occupied West Bank and East Jerusalem, a Palestinian security source told Anadolu Agency on Tuesday.

Israeli army forces detained 10 Palestinians after raiding their homes in the West Bank, the source said.

According to the same source, Israeli forces arrested two leaders of the Palestinian resistance group Hamas from the West Bank city of Nablus, before taking them to an undisclosed location.

Eleven other Palestinians were arrested in Israeli-occupied East Jerusalem, the source added.
The Israeli army frequently carries out sweeping arrest campaigns targeting "wanted" Palestinians in the West Bank and East Jerusalem.
Currently, over 7,000 Palestinians are languishing in prisons throughout Israel, according to the Palestinian Ministry of Prisoners' Affairs.