US official: DAESH doubles number of fighters in Libya 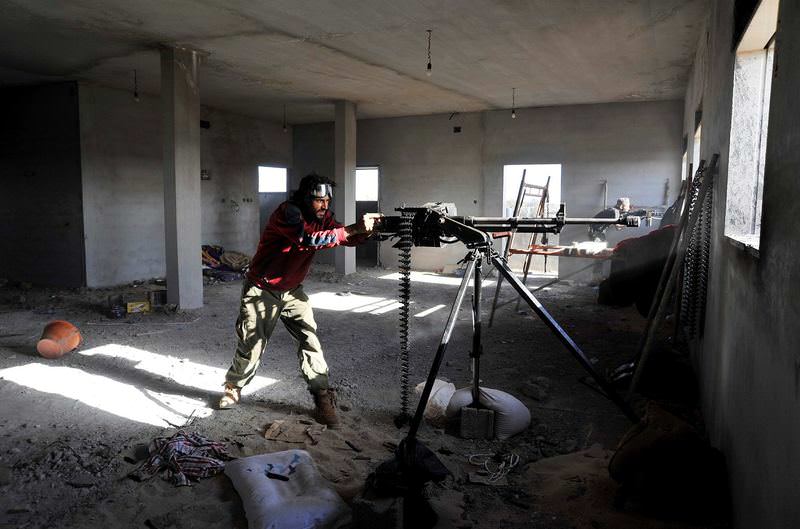 U.S. commander for Africa David Rodriguez said that DAESH has doubled the number of its fighters in Libya Western countries consider sending ground troops to combat the extremist group

The top U.S. commander for Africa said the number of DAESH militants in Libya has doubled in the last year or so to about 6,000. Army Gen. David Rodriguez heads U.S. Africa Command. Rodriquez said local militias in Libya have had some success in trying to stop DAESH from growing in Benghazi and are battling the group in Sabratha. But he said decisions to provide more military assistance will wait for a national government. The latest numbers for DAESH in Libya make it the largest DAESH branch of eight that the militant group operates outside Iraq and Syria, according to U.S. defense officials. The officials were not authorized to provide details of the group and spoke only on condition of anonymity. The U.S. has conducted two airstrikes in Libya in recent months targeting DAESH fighters and leaders, but Rodriguez said that those are limited to militants that pose an "imminent" threat to U.S. interests. He said it's possible the U.S. could do more as the government there takes shape. The U.S. and its allies are hoping that a U.N.-brokered unity government will be able to bring the warring factions together and end the chaos there, which has helped fuel the growth of DAESH. The U.S. and European allies would like the new government to eventually work with them against DAESH.

The U.S., France and other European nations have sent special operations forces to work with Libyan officials and help the militias fight. In February, American airstrikes hit a DAESH training camp in rural Libya near the Tunisian border, killing more than 40 militants. And last November, a U.S. airstrike killed top DAESH leader Abu Nabil in Libya. He was a longtime al-Qaida operative and the senior DAESH leader in Libya. France's foreign minister on Friday ruled out launching air strikes or sending troops on the ground to tackle DAESH in Libya, but said it could help secure the U.N.-brokered national unity government in Tripoli. Western powers are backing the unity government, hoping it will seek foreign support to confront DAESH militants, deal with migrant flows from Libya to Europe and restore oil production to shore up Libya's economy. However, there are fears that direct military intervention could worsen the situation especially if a political vacuum remains in the country. "We shouldn't make the same mistakes as in the past. If you're imagining air strikes, ground troops, that's not on the table. It's not France's position anyway," Jean-Marc Ayrault told France Info radio. "However, to secure the government, if Mr (Fayez) Seraj (head of the unity government) asks for international help then we'll study it." Diplomatic sources have said that so far there has been no request from Seraj other than to help him leave the country should the security situation in Tripoli deteriorate.

Rodriguez said, however, that it will be a challenge for DAESH to become as big a threat as it is in Iraq and Syria because of resistance from local Libyan fighters and the population, which is wary of outside groups. He said the militias in Libya have fought DAESH militants in Benghazi and Derna with some success, and fought hard in Sabratha with more limited gains. Efforts to battle the group in Sirte have not worked as well, he said. "It's uneven and it's not consistent across the board," Rodriguez told reporters at a Pentagon briefing. "We'll have to see how the situation develops, but they are contesting the growth of DAESH in several areas across Libya, not all of it."