Israel’s Netanyahu confesses for the first time: We hit Hezbollah convoys in Syria 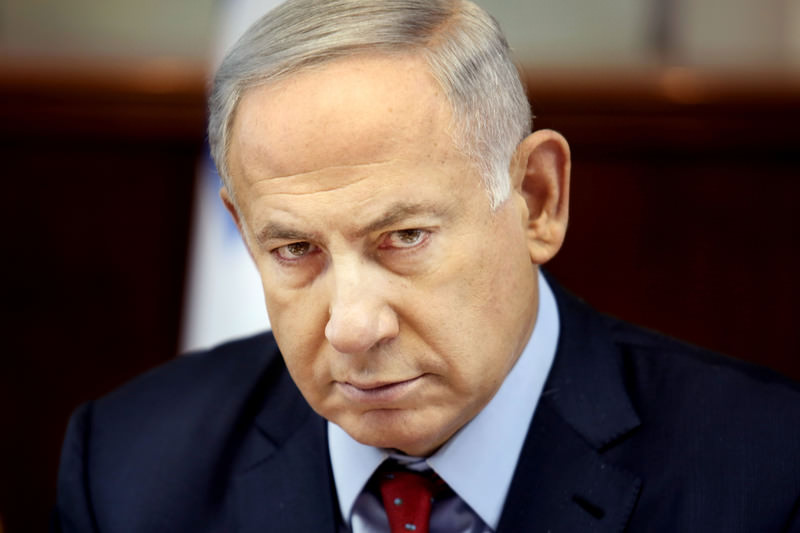 It was the first clear public acknowledgement by the Israeli premier that the country had carried out attacks in neighbouring Syria with which it is still officially at war.

In December, Netanyahu told reporters Israel did "everything to prevent weapons, particularly lethal ones, being moved from Syria to Lebanon" where the Jewish-state's arch-enemy Hezbollah is based.

"We occasionally carry out operations in Syria to prevent that country from becoming a front against us," he said at the time, but without elaborating.

Several raids targeting convoys of weapons destined for Hezbollah have been blamed by media in Syria and Lebanon on Israel, where the authorities have been tight-lipped.

But on Monday, while visiting troops on the Israeli-occupied part of the Golan Heights, Netanyahu admitted such attacks had taken place, his office said.

"We act when we have to act, including here, on the other side of the frontier, with dozens of strikes aimed at preventing Hezbollah from obtaining weapons that could alter the balance of power," he said.

Several sources say that Israel, which is officially neutral in the conflict that has raged across Syria since 2011, has launched more than a dozen air strikes there since 2013.

These have mainly targeted the transfer of arms destined for Hezbollah, which has sent forces to Syria to fight alongside forces loyal to Bashar al-Assad against moderate opposition that is fighting Daesh in many regions of the war-torn country.

In the summer of 2006, Israel and Hezbollah fought a devastating war in Lebanon that killed nearly 1,200 Lebanese, mostly civilians, and about 160 Israelis, mostly troops.