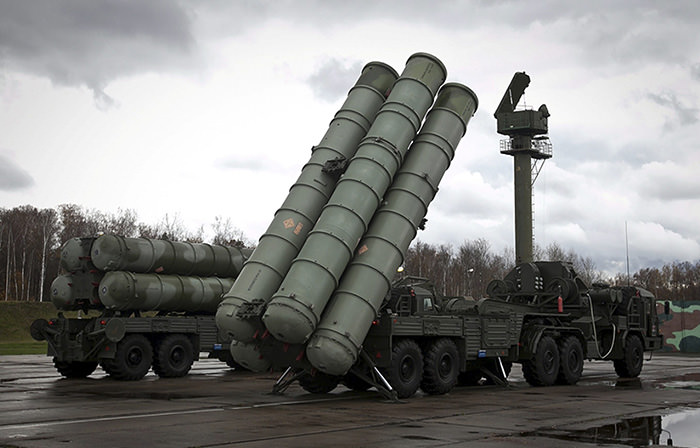 by Apr 11, 2016 12:00 am
Russia has delivered the first part of an advanced missile defence system to Iran, Iranian media reported on Monday, starting to equip Tehran with technology that was blocked before it signed a deal with world powers on its nuclear programme.

The S-300 surface-to-air system was first deployed at the height of the Cold War in 1979.

In its updated form it is one of the most advanced systems of its kind and, according to British security think tank RUSI, can engage multiple aircraft and ballistic missiles around 150 km (90 miles) away.

Russia's agreement to provide Iran with S-300 has sparked concern in Israel, whose government Iran has said it aims to destroy.

In a recorded transmission, state television showed Foreign Ministry spokesman Hossein Jaber Ansari telling a news conference on Monday: "I announce today that the first phase of this (delayed) contract has been implemented."

Ansari was replying to reporters' questions about videos on social media showing what appeared to be parts of an S-300 missile system on trucks in northern Iran.

Russia says it cancelled a contract to deliver S-300s to Iran in 2010 under pressure from the West. President Vladimir Putin lifted that self-imposed ban in April 2015, after an interim agreement that paved the way for July's full nuclear deal.

The U.S. military has said it has accounted for the possible delivery of the S-300 to Iran in its contingency planning.