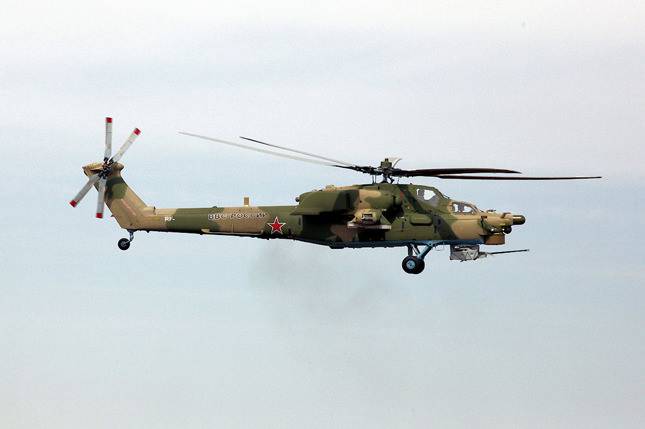 The ministry said the helicopter, which crashed in Homs province, had not been shot down, but the cause of the incident was unclear.

"A group of specialists is working at the crash site to investigate the incident," the ministry said in a statement. The pilots' bodies had been recovered and brought back to Russia's air base in Hmeymim in Latakia province, it said.

President Vladimir Putin announced on March 14 that Russia was withdrawing the bulk of its military contingent in Syria. Around half its fixed-wing strike aircraft flew out in the days that followed.

But Russia continued to ship significant quantities of military supplies to Syria and analysts said the Kremlin had changed rather than diluted its military capabilities, increasingly relying on helicopters to support the Syrian army.