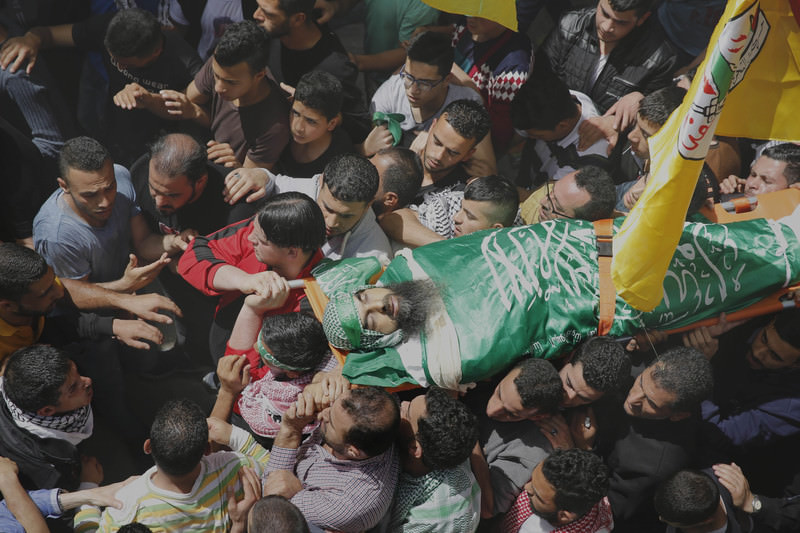 Thousands of Palestinians on Saturday took part in the funeral of a Palestinian man shot dead by Israeli troops two days in earlier in the Israeli-occupied West Bank.

Five of the latter sustained rubber bullet injuries and dozens of others suffered temporary asphyxia due to teargas, according to medical sources at the scene.

On Thursday, Ibrahim Baradiya, 54, was shot dead by Israeli troops at the entrance of the Al-Aroub refugee camp near the West Bank city of Hebron (Al-Khalil) after he allegedly tried to stab an Israeli soldier.

One eyewitness told Anadolu Agency that Israeli soldiers had shot Baradiya ten times before leaving him to bleed to death on the ground.

"The Israeli army prevented emergency workers from the Palestinian Red Crescent from giving him medical assistance," the witness said.

According to Palestinian figures, at least 210 Palestinians have been killed -- and more than 16,000 injured -- by Israeli gunfire since October of last year.

Over the same period, at least 34 Israelis have been killed and over 400 injured in alleged attacks by Palestinians.