S. Arabia threatens to pull $750B from US economy if Congress passes 9/11 bill: NYT 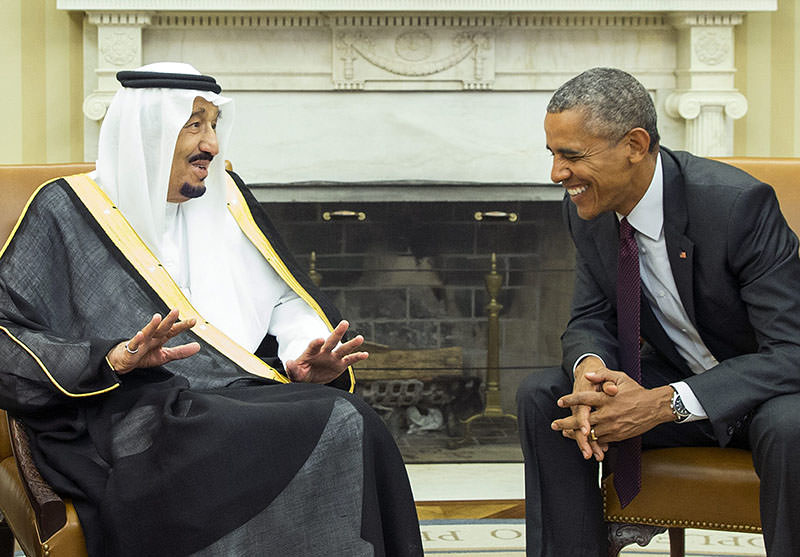 The Saudi Arabian government has threatened to sell of hundreds of billions of dollars' worth of American assets should the U.S. Congress pass a bill that could hold the kingdom responsible for any role in the Sept. 11, 2001 attacks, the New York Times has reported.

The newspaper reported that Saudi foreign minister Adel al-Jubeir told U.S. lawmakers last month that "Saudi Arabia would be forced to sell up to $750 billion in Treasury securities and other assets in the United States before they could be in danger of being frozen by American courts."

The bill, which passed the Senate Judiciary Committee earlier this year, would take away immunity from foreign governments in cases "arising from a terrorist attack that kills an American on American soil."

The New York Times, citing administration officials and congressional aides, said "the Saudi threats have been the subject of intense discussions in recent weeks between lawmakers and officials from the State Department and the Pentagon."

It added that the Obama administration had lobbied Congress to block the passage of the bill.

The State Department said it stood "firmly with the victims of these acts of violence and their loved ones."

"We remain committed to bringing to justice terrorists and those who use terrorism to advance their depraved ideology," said State Department spokesman John Kirby.

In September a U.S. judge dismissed claims against Saudi Arabia by families of victims of the attacks, saying that the kingdom had sovereign immunity from damage claims by the families and from insurers that covered losses suffered by building owners and businesses.

The hijackers in the September 11 attacks were 19 men affiliated with al-Qaeda. 15 of the 19 were citizens of Saudi Arabia. The others were from the United Arab Emirates, Egypt and Lebanon.