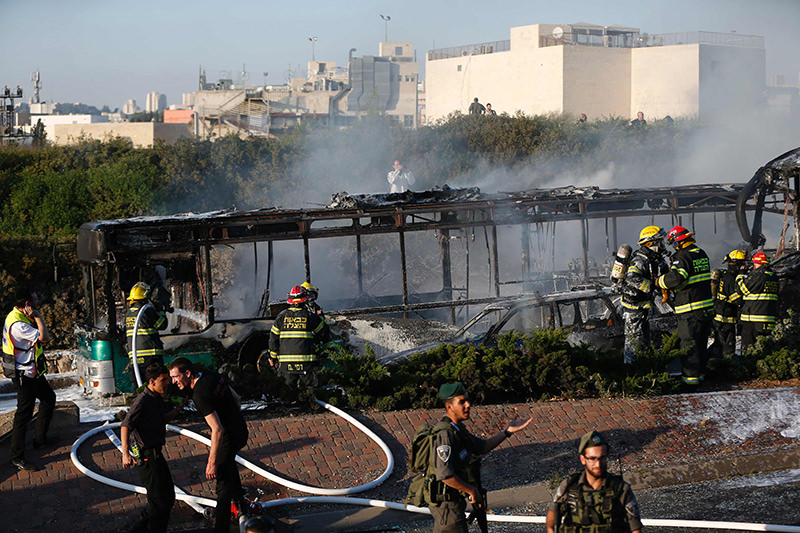 An explosion tore through a bus in Jerusalem on Monday and set a second bus on fire, wounding 16 people in what an Israeli official said was a bombing.

Israeli media said a man who was seriously injured and not carrying any identification papers was under investigation on suspicion he was responsible.

The explosion was caused by a bomb, a spokeswoman for the Israeli mayor, Nir Barkat, said. "It was small, but it was definitely a bomb," Brachie Sprung told Reuters

Television images showed smoke billowing from two burned-out buses, one of which apparently set fire to the other, on Derech Hebron, an area in southwest Jerusalem close to the boundary with the Israeli-occupied West Bank. Smoke billowed over the horizon.

It was not immediately clear if the casualties included fatalities. Israel's Magen David Adom ambulances service said it had taken 10 wounded people to hospitals and that others remained at the site of the blast.

An Israeli police spokeswoman initially said there were indications that Monday's incident was a militant attack, but in an updated statement said it may have begun when an empty bus caught fire, ignited another bus that had passengers aboard.