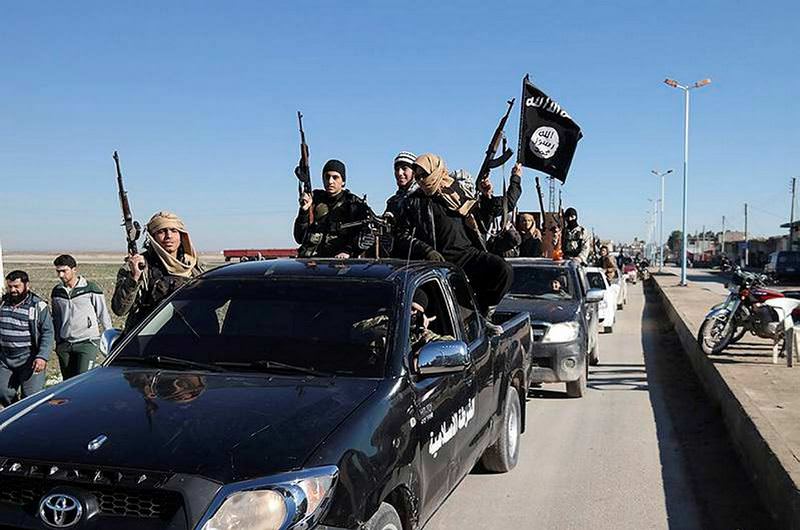 The IHS research group said that DAESH's monthly revenue in March dropped to $56 million from $80 million in mid-2015. The report also said production in DAESH-held areas has decreased to 21,000 barrels from 33,000 per day

DAESH revenues have dropped by around 30 percent since last year, forcing the group to introduce a range of new taxes including a levy on repairing satellite dishes, a research group said on Monday. "In mid-2015, DAESH's overall monthly revenue was around $80m," said Ludovico Carlino, senior analyst at IHS, which issues regular reports on DAESH-controlled territory.

"As of March 2016, DAESH's monthly revenue dropped to $56 million," Carlino said. An IHS report also said oil production in areas controlled by DAESH militants had gone down to 21,000 barrels per day from 33,000 barrels per day before. This was due largely to air strikes by the U.S.-led coalition and Russia, although IHS warned the decline was only an "interruption of production" as militants were able to repair infrastructure quickly. The report said around 50 percent of DAESH revenues come from taxation and confiscation of businesses and property, with 43 percent coming from oil. The remainder is made up of drug smuggling, the sale of electricity and donations, the report said. "DAESH is still a force in the region but this drop in revenue is a significant figure and will increase the challenge for the group to run its territory in the long term," Carlino said. IHS said DAESH had lost about 22 percent of its territory in the past 15 months and now ruled over six million instead of nine million people. This meant the tax base for DAESH had become smaller. "Our research has found that DAESH is increasing taxes on basic services and coming up with new ways to get money from the population. "These taxes include tolls for truck drivers, fees for anyone installing new or repairing broken satellite dishes, and 'exit fees' for anyone trying to leave a city," Carlino said.

Meanwhile, decriminalizing cannabis sales would strike a blow against DAESH militants and Italian mobsters who, according to ongoing investigations, are smuggling hashish together, Italy's top prosecutor told Reuters. The main smuggling route for North African hash - compressed cannabis resin - now runs from Casablanca, Morocco, through Algeria, Tunisia to Tobruk in eastern Libya, said national anti-mafia and anti-terrorism chief Franco Roberti. Along that route is the seaside city of Sirte, which now serves as a Mediterranean base for the most powerful DAESH branch outside Syria and Iraq. "Certainly DAESH controls the Libya route; it controls the coast along the Gulf of Sirte," said Roberti in his frescoed office in the 17th century building that once served as the Vatican prison. In investigations whose details have not yet been made public, police have found evidence that Italian organized crime, which has long controlled most of the country's illegal drug supplies, and "suspected terrorists" in North Africa are trafficking hash together, Roberti said. Decriminalization or even legalization would definitely be a weapon against traffickers, among whom there could be terrorists who make money off of it," he told Reuters. Citing estimates by the United Nations Office on Narcotics and Crime, Roberti said that the illegal drugs trade, which includes cannabis and hash, earns more than $36B annually for Italian organized crime. Facing the huge challenges of fighting people smuggling, cocaine trafficking, and international terrorism, investigators are spending too much time and energy to combat cannabis dealers, and to little effect, said Roberti. "We spend a lot of resources uselessly. We have not succeeded in reducing cannabinoid trafficking. On the contrary, it's increasing," said Roberti, who has been combating the mafia for more than three decades. "Is it worth using investigative energy to fight street sales of soft drugs?" he asks. According to the most recent government data, about 3.5 million Italians between the ages of 15-64 used cannabis in 2014.

Cannabis is much less damaging than hard or synthetic drugs, which should not be decriminalized, he said. But Italy's laws against selling or growing cannabis are severe and can lead to imprisonment. A bipartisan group of lawmakers proposed legalizing cannabis possession and cultivation earlier this year, but it is not supported by the leaders of any major parties.
RELATED TOPICS